IMMINENT OPENING OF THE NFT MARKETPLACE OF VAFFA COSMO

ROME, ITALY, ITALY, January 26, 2022 /EINPresswire.com/ — The VAFFA Mobile Game marketplace starts from Italy on February 19th. The Play to earn game that anyone can activate free so that anyone can access it.

In the early days of civilization, our ancestors used gestures to communicate. A simple gesture that contains a thousand emotions simplified and made image.

Like everything, everything was generated by a process that lasted millennia, which allowed its evolution.

One of the oldest and most valuable materials, due to the slow process of natural formation, is diamond.

VAFFA was born from the idea of combining these two elements: a simple gesture but full of meaning and one of the strongest and most precious materials in the world.

The concept of VAFFA is related to the creation of a virtual world that allows everyone to own it and accumulate wealth from it, simply by playing on their phone to VAFFA GAME and thus entering the VAFFA COSMO.

The Vaffa Cosmo is a Metaverse based on P2E, Price to Earn, which became disruptive with the advent of blockchain. Several realities – such as AXIE, Decentraland, and Sandbox – have reached impressive values in the last year thanks to the boom of their Games and Metaverses connected to them.

The creators expect that starting from the desire to have fun and earn money that unites a multitude of people, the VAFFA Cosmo can become populated by millions of people in a few years: “People want to have fun, but today they need to earn money and cannot throw away their time” explains Nicholas Perpiglia who manages the entire VAFFA project.

The studies of one of the most prestigious companies in the world of business analysis – which will soon be officially presented – have shown that already within the first 3 years from the launch of the Game it will be possible to reach almost 4 million people, ensuring them an extra income that in several countries alone exceeds the monthly per capita income of workers.

The disruptive news is that VAFFA Cosmo will really be for everyone and, even if on blockchain, even to those without wallets, thanks to a parallel custody envoronment aimed at people with less technical experience. Nicholas is visibly excited: “We already have a community of over 10,000 people on Discord, and we haven’t started yet. Now we open the marketplace and then the Game open to all… we can really get to many”

All the attention is now focused on the launch of the Marketplace where you will find already from the presale reserved for those who have booked the 3 mystical limited edition NFTs. They will start from the 90% discounted price and will go to the list on the marketplace at full price 10 days later. Chaos is already expected on the first day, February 19 “But it will only be the beginning – explains Nicholas – people know that this project is theirs, because we work as a DAO project and the owner is therefore not the company but the players” It is like saying that everything that is collected from the sale of the NFT remains of the same Community. A simple concept, which obviously gratifies many.

END_OF_DOCUMENT_TOKEN_TO_BE_REPLACED

Congressional Candidate Mike Cargile (CD35), has discovered within his district, a company with a solution to potentially end the pandemic.

This is the first solution I’ve seen that is both proactive and reactive at the same time. It is a game changer!”
— Mike Cargile

POMONA, CA, UNITED STATES, January 26, 2022 /EINPresswire.com/ — While on the campaign trail, Mike discovered ClearWorldUSA, a company with a groundbreaking technology (ClearCloud) to deploy, in aerosol form, a saltwater solution (HOCL) that kills the Covid virus in under a minute. This non-toxic liquid is organic, 100x more effective than bleach, is harmless to people, and can be used against a host of other harmful virus and bacteria.

Mike Cargile believes “Our immediate focus should be on schools, hospitals and first responders. This should happen quickly since our National and State governments have already designated billions to this end.”

“I’ve been looking for something, anything, that will end this pandemic. Instead of always being on the defensive, this will put us back on the offense and allow us to get ahead of whatever is unleashed next, including things like Smallpox and Hemorrhagic Fever.”

Cargile urges all Federal and State and Civic leaders to consider this “With ClearCloud devices in place, any enclosed area can now be made virus and bacteria free within minutes and the air in that space will continue to disinfect for hours. But the space will be COMPLETELY NON-TOXIC to humans and animals the whole time! Our politicians and policymakers now have the freedom (and responsibility) to rescind mandates and restrictions so children can return to the classrooms and businesses can stay open to the public.”

Mike Cargile is a Congressional Candidate for California’s 35th District running against Rep. Norma Torres. For more information on him, please visit www.CargileForCongress.com.

END_OF_DOCUMENT_TOKEN_TO_BE_REPLACED 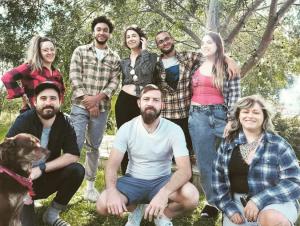 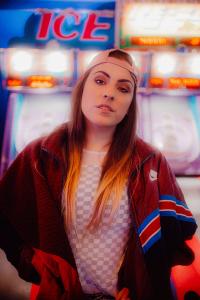 Female-led Canadian firm LyricVids Media reaches 100 million views on videos produced for some of the biggest music artists of all time.

HAMILTON, ONTARIO, CANADA, January 26, 2022 /EINPresswire.com/ — LyricVids Media is a Canadian animation studio and digital agency based in Toronto/Hamilton, run by founders Jessica Robert and Anthony Craparotta. This creative power couple have created a platform with a small team of talented animators and illustrators that serves artists and record labels all around the world. In addition to Robert, who acts as Creative Director for the agency, the team boasts a 50% female make-up, which is rare in the animation industry.

At the completion of 2021, LyricVids Media crossed the 100 million Youtube views threshold. On reaching this career milestone, Robert commented:

“The fact that 100 million people out there in the world have viewed our videos is so surreal, and beyond a dream come true for me. From our humble beginnings in 2015, I always knew LyricVids had the potential to be something big, but never would I have imagined I’d be creating dope art for some of my all-time favourite recording artists.

“Another big milestone this year was moving into our new office and expanding our in-house team. Every day I get to mind-meld with fellow creatives to dream up new visuals for some of the biggest names in the music industry. I’m so grateful to have such amazing, talented colleagues to share these accomplishments with.

“I’ve grown so much as an artist in the past seven years with LyricVids, learning new software and techniques, and expanding my creative capacity beyond what I thought was possible. I finally understand the Maya Angelou quote, ‘You can’t use up creativity. The more you use, the more you have,’ and truly feel like all these projects have unlocked a part of my brain, allowing me to become my best creative self. I can’t wait to see what the rest of this decade brings.”

Combined with impressions gained on other social media platforms, Robert and the team at LyricVids Media have reached this 100M mark several times over and are chasing the goal of one billion views.

“We’re looking forward to that point where everyone in the world that cares about music and video has seen one of our pieces,” Craparotta said. “We think we could reach that point by the end of this year.”

END_OF_DOCUMENT_TOKEN_TO_BE_REPLACED

Strengthens competitive advantage in population intelligence
Dr. Kressner’s leadership over all things data is the first of many exciting new changes we have planned as we scale Intermx to meet the many business opportunities ahead.”— Ma…

END_OF_DOCUMENT_TOKEN_TO_BE_REPLACED

When Dee Bright Jr, founder of Dee Bright & Associates first moved to Florida back in 2018, he had no idea how much his business would expand in Florida.
TAMPA, FLORIDA, UNITED STATES, January 26, 2022 /EINPresswire.com/ —

END_OF_DOCUMENT_TOKEN_TO_BE_REPLACED

EVERYDAY MATTERS: AN EMPOWERMENT EVENT FOR CREATIVES IN MARCH – NYC

END_OF_DOCUMENT_TOKEN_TO_BE_REPLACED

EVERYDAY MATTERS: AN EMPOWERMENT EVENT FOR CREATIVES IN MARCH – NYC