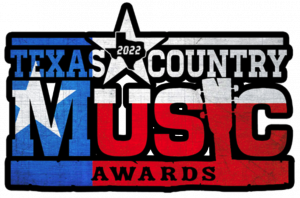 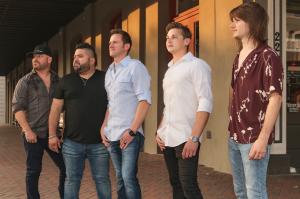 NASHVILLE, TN, UNITED STATES, August 1, 2022 /EINPresswire.com/ -- Will Carter is burning up the tour circuit this summer with his band as they support his latest release “Wrong Side of Town” (WSOT), earning them their first nomination for “Best Band or Duo” at the 2022 Texas Country Music Awards (TCMAs). Voting is open now and will conclude on August 15.

“We are honored to be nominated for Country Band of the Year at the 2022 Texas Country Music Awards,” Carter stated. “We look forward to returning this year to kick things off in the Fort Worth Stockyards for the TCMA Pre-Party. We had a blast last year and expect this year to be even better!”

This marks the fifth consecutive year and ninth overall nomination for Carter as he once again finds himself on the ballot alongside Texas’ biggest names in country. The Katy, TX native was previously nominated for “Male Vocalist of the Year” and awarded “Songwriter of the Year” at the TCMAs. His bass player, Bobby Tapia, also looks to take home accolades this year with his nomination in the “Bassist of the Year” category.

Fans can visit the following link to vote for the Will Carter Band and Bobby: www.texascountrymusicassociation.org/2022vote.

To stream or purchase his latest release, “Wrong Side of Town,” visit: https://orcd.co/wrongsideoftown.

Katy, Texas born and bred, Will Carter launches his electric live show to national stages as he continues to herd accolades across the Lone Star State for his songwriting and performance career. This country singer and songwriter has landed over a dozen singles on the Texas music charts with three crossing over to Nashville’s Music Row Chart. Carter’s appetite for storytelling and engaging sets have earned him four consecutive nominations for “Male Artist of the Year” at the Texas Country Music Awards.

Carter accredits his hard-won success to his tight-knit family. Between homeschooling, breaking horses, milking goats and tending crops, young Will had to carve out time between his chores to hone in on his songwriting and guitar skills. From his family scrapbooks, Will took his first stage at age three and picked up the guitar at age 10.

When Carter was a teenager, his father became severely ill. Like so many of us, he created a playlist of his father’s favorite songs to share with his dad in hopes of providing some comfort and an escape for his dad. Seeing the initial impact from the music, Will recorded these songs and sold CDs to help raise money for his family. This creative and active way of assisting his family landed him on the Debra Duncan television show when he was just 13. Those songs were played for his father every day until he passed. The peace, comfort, and inspiration of that period would serve as the catalyst for Carter’s songwriting and performance career.

Carter bravely pursued his passions kick starting his professional career in 2016 after a stint with Texas dance hall headliners The Emotions. His debut album, Good Bad Idea, in 2019, laid the foundation for his sound paving a lane on the sonic highway blazed by headliners Mark Chesnutt, Jack Ingram & Easton Corbin. Since then, Carter has been actively touring with his band, performing 150-200 shows each year. Will’s confident, high-energy performances are a country music tour de force appealing to music fans of all ages and putting industry eyes on this remarkable emerging talent.

For the last four consecutive years, Carter has been nominated for “Male Vocalist of the Year” and awarded “Songwriter of the Year” at the Texas Country Music Association Awards. He has opened for Cody Johnson, Randy Rogers, Bart Crow, Jack Ingram, Larry Gatlin, Saints Eleven, Josh Ward, Cody Canada, and played SXSW. Carter and his music have been featured on podcasts such as The Troubadour, The Sports Guys, and Scenes Live. His releases can also be heard on radio stations nationally with particularly heavy airplay in Texas and surrounding states.

“Inspired by Mark Chesnutt, John, Michael Montgomery and Garth Brooks. You can hear it in his rich, supple voice.”-Houston Chronicle

“He became a singer-songwriter who explores the commonalities and concerns of small-town America.” -Cowboys & Indians

To stay up to date with Will Carter visit the following: