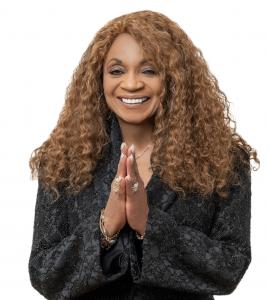 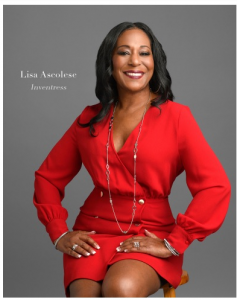 Lisa Ascolese, founder of Inventing A to Z, a/k/a The Inventress

The Foxworth Theory podcast can be seen Tues. & Thurs. at 9 pm ET on its YouTube Channel

Ms. Ascolese has been seen on Shark Tank, QVC and Home Shopping Network before launching her own platform, Inventing A to Z

This week (Tuesday, 8/2 & Thursday, 8/4, 9 pm ET), Ms. Foxworth’s guest is Lisa Ascolese, founder and CEO of Inventing A To Z, a woman-owned and operated business whose focus is on product development, from concept to fruition. Lisa is called “The Inventress” in the business community, thanks to the dozens of creations she developed over the years. Ms. Ascolese’s inventions from the Bun Tie accessory to the Wrap & Store device resulted in sales success on the Home Shopping Network, Shark Tank and QVC, before launching her own channel and platform where she sells many items from her catalog.