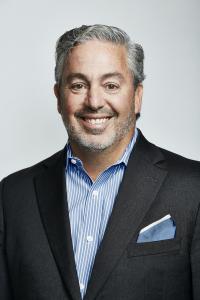 BOSTON, MA, USA, August 3, 2022 /EINPresswire.com/ -- RMS Media Group, publishers of regional north of Boston publications Northshore and Northshore Home magazines, as well as national publications Ocean Home and Luxury Pools + Outdoor Living, announces Paul J. Reulbach has joined the team as group publisher and chief revenue officer (CRO). He will be responsible for managing, cultivating, and developing the impressive array of the publications’ print and digital portfolios and branded events. The firm welcomes Reulbach’s leadership in bringing all RMS-owned and-operated brands to the next level.

A native of Massachusetts, Reulbach has had an illustrious career in the publishing industry. He joined Boston magazine in 1997 as advertising director and became associate publisher in 1998 and publisher in 2003, managing a team of sales and marketing professionals. During his tenure at the company, he oversaw the development of numerous new products, a custom publishing division, sponsorship programs, strategic partnerships, and events.

Reulbach then moved his family to Southern California to assume the role of publisher of Palm Springs Life magazine from the owner Frank Jones in July 2019. In September 2020, Reulbach became the CRO/director of sales of Clint Reilly Communications, where he successfully integrated Gentry magazine, the San Francisco Examiner, and SF Weekly into the company.

Rick Sedler, president and CEO of RMS Media Group says, “Paul will be a great asset to our brands and company culture. His extensive knowledge of the North Shore community and the publishing industry, as well as his proven leadership skills, will be invaluable to RMS.”