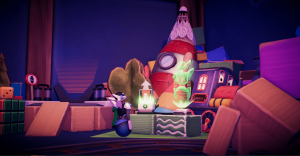 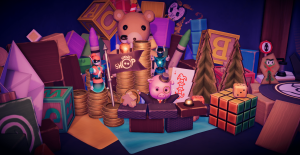 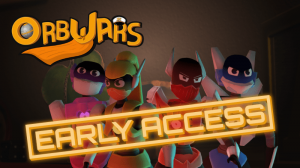 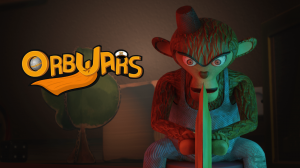 MADRID, SPAIN, August 10, 2022 /EINPresswire.com/ -- What's in the toy box? Battle, adventure, and triumph in the world of OrbWars.

A new up-and-coming indie title, OrbWars is a fast-paced, action-filled party-style game with a lot to show for its originality.

It revolves around the unique story of the OrbWarriors, a team of four fearless toy robots who seek to battle dark forces within a little boy's nightmares. In the game, players select one of the OrbWarriors and battle it out with friends, taking on enemies and creatures that work for the dubious "Monster in the Dark".

OrbWars is the latest game to come out of Neox Games, a relatively new company originating from a background primarily involving web and software development. Quickly spreading their wings in the gaming scene, they're looking to make a name for themselves with this title.

Most of the team at Neox Games is relatively young, having been recruited right out of their local technical university. This doesn't mean they're entirely new to the scene, though; the company has already been involved in releasing other games like "Twickles," which is currently published by Assemble Entertainment. However, this is the biggest project they've worked on so far and is easily their most ambitious.

Wanting to make a game that's both accessible and appealing to a diverse range of audiences, Neox Games had quite a challenge in coming up with a concept. The basic idea for OrbWars came up years ago in the game "Colosseum Arcade," a project they realized in 2016 even before the company was founded. OrbWars was one of the minigames in "Colosseum Arcade," and they always had the idea that it deserves a game on its own. They finally got the possibility to achieve this dream in 2020 by receiving funding from the Federal Ministry of Transport and Digital Infrastructure.

The result is a game that's easy to pick up and play but also has a lot of depth for those who want to spend more time mastering it. The graphics are colorful and inviting, while the gameplay is fast-paced and frantic. They chose to take inspiration from games like Overcooked and Castle Crashers, whose charming graphics and simple but chaotic gameplay allow players of different experience levels to have a fun time without getting bogged down by stats or unnecessary intricacies.

One of the unique aspects of OrbWars is that it's a cooperative multiplayer game. This means that players must work together to progress, something that's not always common in games these days. It's a refreshing change of pace, and it encourages players to communicate and cooperate with one another. The next update will also include a cosmetic shop, where players will be able to buy skins for their favourite OrbWarrior. The best thing about it? No microtransactions! All skins can be bought by collecting in-game currency.

Its creators have just released it on Steam Early Access in hopes of ironing out any remaining kinks and completing its full potential. They're in the process of developing two more game worlds to create a total of four to explore, and based on their success may add more.

In the meantime, they're encouraging everyone to get the game on Steam to support their development and try it out for themselves. OrbWars will be available for purchase permanently at a reduced price at $9.99 during Early Access. With its low price point and increasing content updates, the last being 61 unique Steam Achievements, that are ready to be gathered by players, OrbWars is sure to be a game worth checking out for anyone looking for a fun and unique co-op experience.