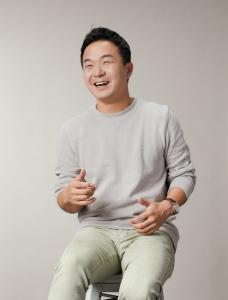 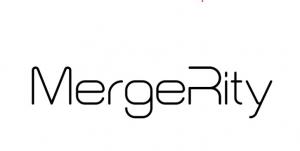 What began as a fantasy has now become a reality. MergeRity's CEO wants to break down barriers in augmented reality.

After the 5G era, the metaverse would become a necessity rather than a passing stream. Mergy is an irreplaceable item and opportunity in the metaverse.”
— CEO Bae-young Myung
SEOUL, GEUMCHEON-GU, REPUBLIC OF KOREA, August 3, 2022 /EINPresswire.com/ --

The metaverse, as the fastest growing and fascinating technology nowadays is gaining momentum in transforming and helping in reimagining the future. Topping the list in a virtual world is MergeRity, a startup firm created and planned by the one and only CEO, Myung Bae-young. The company developed Mergy, a multi-metaverse platform that transforms all objects and spaces into virtual ones, and is quickly becoming recognized as a leader in innovation in the metaverse sector.

Mergy is a patented instant recognition technology that automatically generates augmented reality (AR) contents when an object is scanned and transforms it into a metaverse platform to communicate with other users. All things and spaces are shared through social networking sites, e-commerce, 3D assets, advertisements, communities, and other useful activities to connect users from all over the world to the 'Mergy' multi-metaverse platform, and has been infinitely expanded into real-world spheres of existence in contrast to the current metaverse.

CEO Bae-Young Myung has been interested in AR and developed Mergy in 2012. His vision in immersive technologies has always been broad and he saw the limited aspects of AR service and thought of possibilities of developing it by starting a company. He said that everyone could enjoy augmented reality if it doesn't only focus on business and language is not a barrier in creating, communicating, and sharing AR content worldwide. His idea of innovating technology in the metaverse became possible as he met Chairman Pan-jong Kim of Medium, and they commercialized Mergy. “The business actually started after I joined Medium. At that time, I was in charge of the blockchain business, and I was worried because the perception of blockchain in the market was negative. Chairman Kim Pan-jong, who is currently chairman of Medium and also chairman of Mergy, had strong confidence in the blockchain, and he gave a lot of ideas on how to combine blockchain with the Mergy service. We constantly talked about ways to combine superior technology with Mergy. Thus, by combining blockchain, we developed a metaverse service Mergy that goes beyond the metaverse.” CEO Bae-Young Myung explained how they established MergeRity and developed Mergy.

Just like any other road-to-success stories, developers back in 2019 opposed the idea of the CEO and the Chairman and said that it was impossible to make everything into AR without massive data. But since CEO Myung had a clear vision, he pushed himself to accomplish extraordinary things. He started with his team and developed the technology to unfold augmented reality. As a result, MergeRity was born with the ongoing success of Mergy that keeps on gaining momentum and transforming the future worldwide.

Bae-Young Myung was the CEO of JF Studio for six years, Chief Creative Officer at Sigong Media, CCO of Medium, and now a CEO of MergeRity. He made an IoT-related coding in his previous company and received the grand prize at the Hong Kong Toy Fair, and also won awards in producing the 3D animation 'Rail'. With all these achievements and positions, he knew that the metaverse industry had a great chance of becoming huge. He wanted to eliminate the barriers and limitations and let the world know that regardless of age and nationalities, Mergy is accessible, irreplaceable, and a great opportunity in the metaverse.

CEO Bae-Young Myung of MergeRity explained the characteristics and strengths that Mergy has. “The biggest difference is that we enjoy the metaverse in everyday life rather than in virtual reality. As I said, it is not limited and closed content, but anyone can communicate with the objects and spaces in front of them with the messages I want and the contents I have decorated. It is a great advantage to be able to recognize objects that have not been learned in advance through the proprietary patented ‘instant recognition function, which is the main function of ‘Mergeware’, the core driving engine of Mergy. By creating one metaverse platform, for one thing, we can create a platform for all things that exist in the world. There are many advantages of Mergy, and I think that the MZ generation will respond the most quickly to SNS or commerce, and Mergy is mainly targeting the MZ generation. In the future, it can be expanded sufficiently to include educational content for children and children, and furthermore, to the public sector, so I think people of all ages and nationalities around the world are users of the Mergy service”. He emphasized that Mergy will completely solve these barriers in social media platforms for anyone to create content and communicate freely with the new culture that has never existed.

Today, the company and the team of MergeRity have a plan to build a research center to specialize in Mergy core technology to be located in Silicon Valley. By next year, the goal is to gather data and excellent AR and AI developers to advance the development. In addition, the "Metaverse Lab" was recently built internally to attract a large-scale professional workforce, and the best concentration is focused on realizing the multi-metaverse that the term "mergy" refers to. And unlike any other startup, MergeRity has a 'People & Culture' organization that fosters a merger-friendly environment. The goal of Bae-Young Myung is to create a workplace atmosphere and culture that makes it enjoyable for employees as they aspire to impart values and experiences of higher success than the business.

And to inspire other startups, he said, "My goal is to create a company that I and employees want to work for. We want to develop MergeRity into a company that makes the most attractive services for everyone around the world and a leading company in the field of immersive metaverse after the 5G era. MergeRity will grow into a company that can stand shoulder to shoulder with the global IT dinosaur companies."

For Bae-Young Myung, this is just the beginning. As technology continuously evolves, innovations from all around the will arise and revolution is not stopping anytime soon.