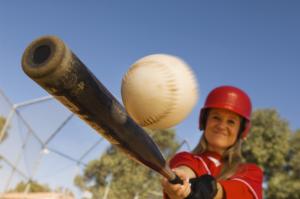 Major Media League is going to be a complete disruptor for young athletes and social media.”
— Bryan Post
BROCK, TEXAS, UNITED STATES, August 3, 2022 /EINPresswire.com/ -- Major Media League, a new social media platform focused on athletic achievement, entrepreneurship, and education for athletes and sports fans, has announced its inaugural event, the First Annual MML World Fest. The event will focus on girls softball and is free for athletes, parents, and coaches and will be held on August 6, 2022, from 3-7 pm at the Riverside Fox Theater in Riverside, California.

The First Annual MML World Fest is endorsed by USA Softball royalty. Three Olympic medalists will be featured at the event, lending their expertise on how girls can improve their softball skills and become social media influencers instead of consumers. They include three-time Olympic gold medalists Cat Osterman and Leah Amico and two-time Olympic medalist Natasha Watley.

The event is the first for the newly launched Major Media League. The social media startup plans on holding similar events annually, with each event focused on a different sport.

"Starting with girls softball, athletes will learn not only how to increase their athletic skills and be mentored by masters of the game but also how to become influencers and producers of social media rather than only consumers," said Leah Amico, three-time USA Softball Olympic gold medalist.

The Major Media League was formed to disrupt the world of athletics and social media for young athletes. The creators believe that young athletes and sports fans can leverage social media more positively, using it to their advantage to become active influencers versus passive consumers.

"Major Media League is going to be a complete disruptor for young athletes and social media," said Bryan Post, CEO and founder of Major Media League. "Athletes using the platform will be able to showcase their skills and build their online reputation while engaging in exciting challenges. Each athlete-influencer is also connected to a world-class coach and other athletes in their sport, giving them unique opportunities to improve their game and expand their network."

Seats for the MML World Fest and Major Media League official launch are still available but limited. A live stream of the event will also be available. Tickets for the live event and live stream are free and can be reserved by registering at www.mmlworldfest2022.com. Fans can also learn more by following the Major Media League on Instagram and YouTube at @majormedialeague.