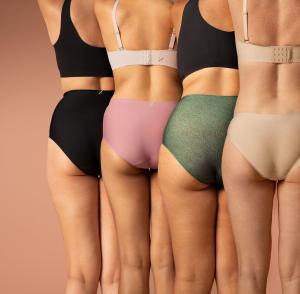 A look into the progress that's been made at breaking down the barriers surrounding menstruation and leaks and the areas where there is still work to be done.

NEW YORK, NEW YORK, US, August 4, 2022 /EINPresswire.com/ -- Continuing the work of breaking barriers and ending stigma, Knix, the direct-to-consumer intimates and apparel brand and champion of living unapologetically free, is proud to announce their first-ever report on the state of menstruation and leaks, which examines how comfortable, and sometimes not, people are talking about normal everyday bodily functions.

This first-of-its-kind report was initiated to gauge where comfort levels sit today when discussing certain topics about the female body.

Knowing that these conversations are about common everyday experiences, Knix wanted to know if improvements had been made with openness, feelings of taboo and stigma, and the general sentiment around how comfortable people are discussing menstruation and leaks. Knix surveyed over 1000 people ranging in age from 18-60 in the United States in order to gain insights.

Key findings include:
- 55% of people surveyed are still not comfortable talking about any kind of leak they experience. (i.e., menstruation, vaginal discharge, involuntary bladder leaks, groin sweat)
- Those aged 18–29 are more likely to turn to online forums rather than openly discuss leaks.
- Over half of respondents say their traditional period products fail occasionally to often.
- Google took issue with the language associated with leaks and flagged 4 out 10 questions as obscene.

Although the report shows that there has been some progress made around comfort levels discussing these topics, it is clear that there is still work to be done; most notably with the world’s largest search engine, where Knix initially wanted to run the survey, who deemed some of the questions to be too obscene.

4 out of 10 questions were rejected even though they reflect real-life bodily functions affecting 50% of the global population. As pioneers in the leakproof space and taboo breakers Knix is committed to the work of breaking down barriers and stigma.

About Knix
Knix is a direct-to-consumer intimates and apparel brand. Through innovative products and a community-first approach, Knix is on a mission to empower people everywhere to live unapologetically free. Every product, campaign and image that Knix puts into the world is tied to this mission that has been embedded in the company’s DNA since day one. Founded in 2013, by Joanna Griffiths, Knix is one of the fastest growing DTC brands in North America and is globally recognized as an innovator and disrupter within the apparel space.