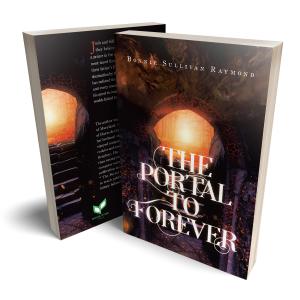 The Portal to Forever

“The Portal to Forever” by late author Bonnie Raymond is a notable account that aims to inspire readers to be bold no matter how hard life gets.

My wife Bonnie Raymond died on November 10, 2020, from cancer and kidney failure. I hope that her book will bring excitement and joy to the young readers that she wrote the book for. Thank you.”
— George Raymond
PALATINE, IL, UNITED STATES, August 3, 2022 /EINPresswire.com/ -- “The Portal to Forever”: a potent book that will leave the readers in awe as the late author unfolds the story of the bravery of a young prince who faced and defeated his enemy in order to reclaim the throne of his father.

“The Portal to Forever” was the creation of published author, the late Bonnie Sullivan Raymond, a writer who lived in the beautiful town of Havre de Grace, Maryland on the Chesapeake Bay with her husband of 41 years enjoyed writing short stories, computers and computer games, baking cookies, and reading with her three cats in front of the fireplace. Her foray into writing began more than twenty years ago when she started writing computer software and hardware reviews for publication in print as well as on the internet. “The Portal to Forever” was her first novel to reach publication. She died of cancer and kidney failure in November of 2020.

Bonnie writes, “The peaceful Kingdom of Ashmirl has been taken over by the evil wizard Soldrin. The rightful King and his heir have been captured and imprisoned in the dungeon deep beneath the castle walls. Soldrin has sworn to keep them prisoner until the great book of ‘The Elven Chronicles’ is turned over to him. The Elven Chronicles holds the secret of the Portal to Forever and must not fall into the hands of anyone who would use it to gain power and domination over others. The wizard has unleashed hoards of demons, trolls, gargoyles and other monstrous creatures on the kingdom to kill and destroy at will until the Chronicles are turned over to him. Prince Leerec, the younger son of the King, is brought back from the human world to defeat this threat to the kingdom and restore his father to the throne.

“When Prince Leerec falls victim to an assassin’s murderous attack, his son and daughter are also transported from their home in the human world to use their special powers to save his life and find a way to defeat Soldrin and his evil army. The children journey across the kingdom to find the ancient dragon Falon to enlist his help in destroying the demon Groz who serves the Wizard Soldrin. In their travels, they become acquainted with many of the amazing creatures and places to be found in their father’s elven world, which now, so desperately, needs their help.”

Published by Book Vine Press, late author Bonnie Raymond’s new book was the author’s first novel to reach publication. This book brings readers to another world and inspires them to bravely face their tribulations in life. Without the help of her husband George Raymond, this book would not have been as beautiful as it is.

From Eagles Tribute To Original…

State of Yucatán to Host…

Study Abroad in the USA…