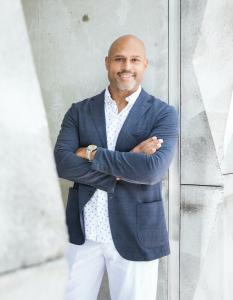 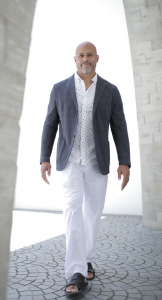 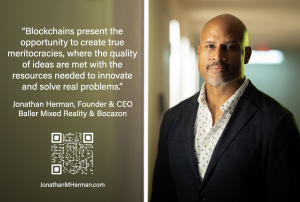 Hearing Jonathan artfully discuss the present (and future) of technologies is an education that we could all use - and need”
— Edward Jones
MIAMI BEACH, FLORIDA, UNITED STATES, August 3, 2022 /EINPresswire.com/ -- Jonathan Herman joins All-American Speakers, alongside other notable business and tech leaders such as Gary Vaynerchuk, Earvin "Magic" Johnson, Bill Gates & Mark Zuckerberg. Coming off his recent appearance at the 30th Anniversary AEO Conference, Jonathan’s subject matter includes Innovation, Web 3, Blockchains and Entrepreneurship from the perspective of a Top 50 CEO in the U.S. (according to Crunchbase).

Edward Jones, Vice President of Programs at ABFE, recently shared… “Hearing Jonathan artfully discuss the present (and future) of technologies is an education that we could all use - and need. His overview of what's ahead in tech is a masterclass in providing a worldview that is foreign to many of us. We all benefit when we learn what others are doing and what is possible. Well done!”

Look for Jonathan’s appearances at more national and international events this year, and contact All-American Speakers to request Jonathan’s participation at your upcoming business gathering or event - https://www.allamericanspeakers.com/speakers/452247/Jonathan-Herman

It’s On The Road with…