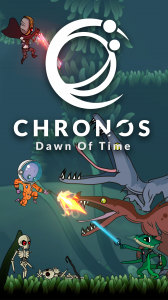 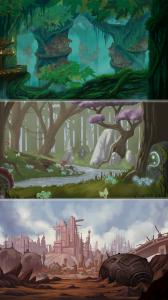 ZARAGOZA, SPAIN, August 3, 2022 /EINPresswire.com/ -- In the mood for an adventure? Fight fierce enemies and build your empire as you explore the dawn of time in this post-apocalyptic RPG.

Chronos is a 2D action RPG that empowers players to build and progress through its challenges in unique ways. It takes inspiration from several popular titles, most notably Fallout Shelter, Terraria, and Starbound, for its building aspects of gameplay, while borrowing from Hollow Knight and "Have a Nice Death" for its action side.

But although it's drawn inspiration from other games, Chronos isn't an exact replica of any of them. Instead, it embodies a much more unique approach, featuring deep layers of customization and RPG elements to create its very own engaging experience.

The game features an extensive skill tree that allows players to specialize in the weapons and builds of their choice and a flexible upgrade system that encourages experimentation and adventure through various dungeons and biomes.

It has different game modes, like storyline, round-based/survival mode, and PvP/Co-op adventures, so players can have unique experiences according to their preferences.

Chronos also has a unique trade system that allows players to trade their unwanted items with others, giving everyone a chance to find the build and play style they enjoy the most.

The project's ultimate goal was to create a light and engaging game that offered deep RPG mechanics without being too complex or daunting for new players. Its creators, Enrique and Jorge, have realized Chronos to fruition entirely on their own, handling development and animation, respectively.

Chronos is currently pre-release, with many excited gamers anticipating its upcoming demo. Once the game is out, there are tons of plans in the works to continue improving and updating it regularly with new characters, maps, and expansions. They are also growing their team for the hyper development of Chronos to give you more content expansions in the future.

If you're interested in following the development of Chronos, you can do so through the game's Discord or via the project's official website, playchronos.io.