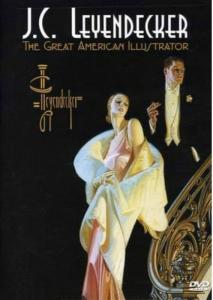 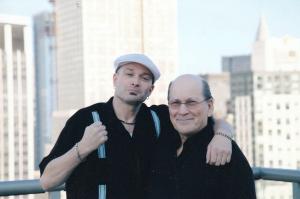 We are excited to get this film into the public forum again! As one of the most important illustrators of the 20th century, Leyendecker virtually invented the whole idea of modern magazine design.”
— Arny Stone, Director and Producer
NEW YORK CITY, NEW YORK, UNITED STATES, August 4, 2022 /EINPresswire.com/ -- J.C. Leyendecker's "The Great American Illustrator" documentary will be re-released after 20 years.

Produced and Directed by Arny Stone, the film is now restored and available for the first time in over two decades. In the spirit of independent filmmaking, the Stone Family is re-releasing the 42-minute documentary film for free on YouTube Line Producer / Executive Producer Drew Stone's Stone Films NYC channel.

J.C. Leyendecker was the most successful illustrator of his time, creating over 500 paintings for magazine covers - including 322 for the Saturday Evening Post and advertisements that made his clients famous. His paintings portrayed a lifestyle that resonated with millions of Americans. Yet, even when depicting those issues that mattered most - a woman's right to vote, the economic woes of the depression, victory over Nazi Germany – he never employed a heavy hand or a dark mood; his images were always full of human warmth and imagination. Leyendecker told the story of consumerism as if it were lyric poetry, replacing the turbulence of cultural history with the beauteous glance, a beguiling child, a muscular vision, or a gentle hand.

Drew Stone (Line Producer / Executive Producer) - "Similar to the Muhammad Ali documentary "Me Whee" that we put on YouTube for free for everyone to enjoy 40 years later, the Stone Family has decided it's time for the J.C. Leyendecker documentary "The Great American Illustrator" to finally see the light of day again. This important film primarily focuses on Leyendecker's art, not his personal life."

Arny Stone (Producer / Director) - "We are excited to get this film into the public forum again so everyone can see it. As one of the most influential illustrators of the 20th century, Leyendecker virtually invented the whole idea of modern magazine design."