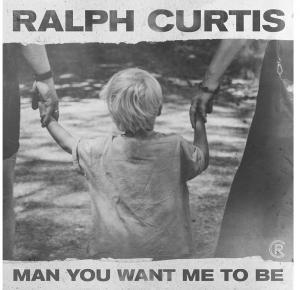 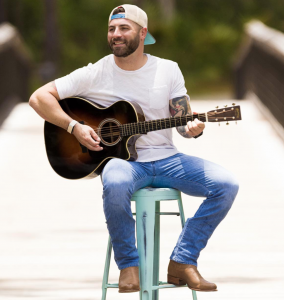 Produced by Zachary Kranz, “Man You Want Me To Be” by Ralph Curtis is now available worldwide.

LOS ANGELES, CALIFORNIA, UNITED STATES, August 19, 2022 /EINPresswire.com/ -- Ralph Curtis is a model of consistency, having already put forward a beguiling music catalog since his official debut in 2020. Hailing from The Nutmeg State, RC continues his flourishing musical journey with the release of his third single today as an independent artist titled “Man You Want Me To Be.” Recorded at Juniper Recording Studio in Cape Coral, he teamed up with immensely talented creatives from Florida in the realization of this project - pianist Hunter McDaniel, mix engineer Caleb Neff and mastering engineer Tony Eichler.

This five-minute Pop-Country ballad serves as a groundbreaking milestone in RC’s music endeavors as it displays his growth and maturity not only as an artist but also as a person. Featuring profound and ear-catching harmonies, “Man You Want Me To Be” takes the listeners on a path into deep reflection. He shares, “Man You Want Me To Be” is about the genuine nature of what defines a ‘good man.’ It encompasses all the ideals and morals I believe in and being the best version of oneself.”

Blending traditional country and catchy pop tunes, RC’s silky, smooth tenor vocal resonance distinctly captures your listening senses and displays showmanship far beyond his years. Ralph Curtis is primed to leave an indelible mark on the independent country music scene with “Man You Want Me To Be,” continuing to raise the bar with each and every release while redefining the genre’s standards. Seeking to meet and surpass his debut single, “I Was Him & He Was Me,” Ralph is indeed off to a tremendous start.

“Man You Want Me To Be” is now available via all streaming platforms, including Spotify. Visit Ralph Curtis’ official website to check out his live performance schedule, as well as connect via his Instagram to get real-time updates on his musical pursuits, including his appearance at the Jake Owen event at Big Night Live (Boston) in September.

About Ralph Curtis
Ralph Curtis is a singer-songwriter currently based in Naples, FL. He started his musical journey at the tender age of ten, playing cello and classical music in symphonic orchestra. He then transitioned to guitar in his teen years and instantly fell in love. Like many others, he later focused on academics and sports. But as they say, first love never dies. When he turned 21, he began playing bar gigs in his college town of Beverly, MA, as well as writing music, which subsequently led to his well-received debut single, “I Was Him & He Was Me,” in 2020 and debut 2021 EP “Sandbar Sideways.” His third studio production, “You Feel Like Christmas,” was released in late 2021 and received radio play on independent holiday stations.

Influenced by eminent musicians like Ryan Adams, Jason Isbell, Damien Rice, and John Mayer, to name a few, Ralph Curtis is now a full-time musician. He regularly plays all over the greater Southwest Florida area, both as a solo artist and with his band.