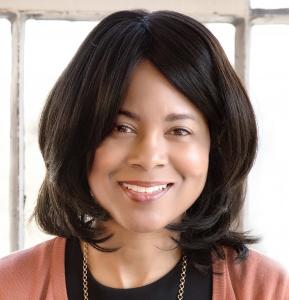 “I feel like I’m living a whole new life.”

O’Neal shot Seduction in February after returning from a family event in Ohio.

“I had a chance to see my cousin who is a doctor to tell her about the role. I hope she finds my portrayal believable.”

O'Neal didn’t begin acting until she was nearly 40. A longtime resident of San Francisco, she did mostly commercial work at first.

In 2007, she booked a yearlong charity campaign, sponsored in part by WGN. The TV commercial aired nationwide. It was then that she decided to get serious about TV and film.

“I realized I couldn’t keep saying, ‘I can’t believe I got the part.’ At some point, you have to start believing you can do the job.”

She put together a demo reel and began working in short films. In 2011, she was selected by a well-known LA casting director to play the victim of a terrorist opposite Asian sensation Yuji Oda. She portrayed a judge in the climactic final scene of the PBS short Refuge, which premiered to a soldout house at Tribeca Film Festival in 2013.

“After Season 2 debuted, I knew I could not move forward in San Francisco and decided to relocate to LA.”

O’Neal still freelances as a writer and editor when she’s not on set.

“I started reading at age 2, so continuing to write keeps me connected with that side of myself, with that early passion for language.”

Bodyguard Seduction stars Jessica Morris, best known for her 10-year role on One Life to Live, and Ross Jirgl. It is the final entry in Lifetime’s “Love, Lies and Seduction” August movie slate.