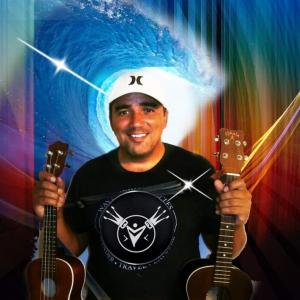 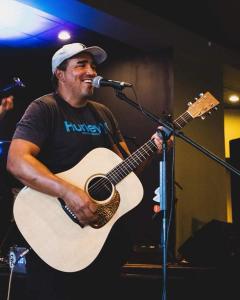 There is a naturalness in your music that I cannot define, but which attracts my attention. It seems to me that you have a situation, that challenges the music industry.”
— Ayhan Orhuntaş
VIRGINIA BEACH, VA, UNITED STATES, August 3, 2022 /EINPresswire.com/ -- Artist Michael Hensen is in the running to be the Opening Act™ at Audacy's (formerly Radio.com) annual concert at the Hollywood Bowl. Friday was the second big cut in the competition. Michael has now made it to the third round. Currently, Michael is in 9th place and It's already a tight race, every vote counts. Total Aspect Records is looking forward to debuting Michael Hensen at the Hollywood Bowl in Los Angelos, California.

Many people know Michael to be a songwriter and realize that music and it being competitive is somewhat far from his hopes and aspirations. Music has always been an outlet for creativity, sharing, and unity. He always hoped to use music to bring people together. However, competition in some ways does push you to greater heights and many of you have made that possible. The promotions team at Total Aspect Records and Michael Hensen appreciate the support.

"Singles Dance, Champions, Drag Me Down and Lost Again" are now appearing in front of a larger audience. Song plays have been going up, on quite a few songs including "Singles Dance", which has now been shared over 60 times, (and that doesn't include re-shares) and has over 50 real comments and interactions. We have seen over 8,000 plays on Soundcloud and Spotify, in just a short time. Also, the track "It's All Good" had the same increase in interest regarding the music video. Singles Dance, the Live Lyric Video, also has had over 2600 views in just a few weeks. We appreciate all of the exposure and interest that has come with being a part of this contest and are hoping to see continued support in the upcoming rounds. Please consider placing a vote to continue supporting Michael and the music.

Thank you again for supporting Michael Hensen in the Opening Act 2022 contest.