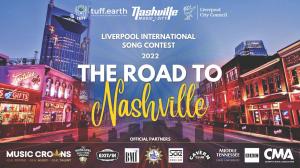 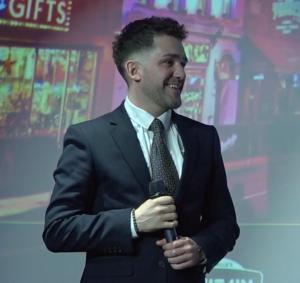 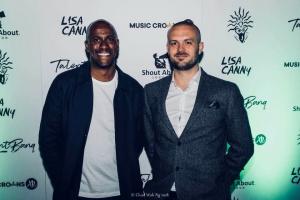 Since the launch May 9, over 5,900 artists have submitted over 6,400 songs representing talent from 28 countries. Of those who have submitted a song, 14% have applied for the complimentary mental health services and counseling provided by professionals. An astounding 839 lives are being extraordinarily changed thus far. Submissions will remain open until August 31 and creators can find the submission link by visiting https://roadtonashville.us/.

Music Crowns will be providing their platform to broadcast the final performance of the contest live from the iconic rock club Exit/In in Nashville, Tenn. across their multitude of platforms. In addition, MC will also be showcasing the Top 10 finalists on their social channels.

“I'm delighted to bring Music Crowns into the fold with TUFF and 'The Road To Nashville' initiative. We are awash with artists looking for opportunities like this and the fact it combines the very prevalent topic of tackling mental health with the passion point of songwriting made it a no brainer for us to put our name to it. I can't think of two better cities in the world to have this beautiful partnership in Liverpool and Nashville. The fact that all artists that enter receive access to mental health services and counseling made it a very easy decision to onboard and we are looking forward to seeing all the entries!" says Sam Gilbert, Founder of Music Crowns.

“In today's music industry, online promotion is key to an artist's success. You can have a hit worthy record, an incredible voice and all the stage presence in the world, but if people don’t know about you then what is it really worth? Enter Music Crowns. With over 96 million engagements in the last six months, Music Crowns is an online promotions powerhouse, and we are really excited to have them on board with us to support our finalists,” says Daniel Xander, Trustee & Head of Music Operations at TUFF.

Music Crowns is an award-winning global artist discovery platform based in the UK for newly signed, unsigned, and independent music artists. The exposure through MC has boosted international performances and chart success to a worldwide audience for their talented roster of artists.

About Liverpool International Song Contest
Last year, Liverpool City Council played a role in supporting the International Song for Kindness which was created by the charity TUFF (The Unity of Faiths Foundation) www.tuff.earth to support their wider goals of empowering young people and promoting acceptance, equality and respect for other cultures. The Liverpool International Song Contest is a vehicle used to tackle discrimination and the stigma of mental illness, providing support for those most in need and developing a bespoke mental health service infrastructure specifically tailored toward those in the creative sector. Participants in the 2020/21 Liverpool International Song Contest were invited to attend one of 23 workshops across the Liverpool City region, delivered by TUFFs Music division and led by TUFFs co-founders Anna Prior & Dr. Shamender Talwar FRSA (renowned social psychologist) and Liverpool based producer Daniel Xander BSc MA (TUFFs Head of Music). These engaging workshops provided education in music, production and human values. In addition, they provided education on mental health and one-to-one counseling with mental health practitioners. As well as the thousands who attended the in-person workshops, TUFF also provided an online version of the syllabus for those unable to attend for medical reasons, covid-19 and/or mental health disorders such as social anxiety and depression. This online digital format provided people with the same opportunities and one-to-one counseling, delivered in a way that best suited their needs.

The connection with Liverpool came about because TUFF developed the global #KIND20 campaign as a way to demonstrate and promote social integration. The campaign reached a staggering 6.7 million people worldwide. After conversations with The Cavern and other organizations in Liverpool, they came up with the idea of an International Song Contest to celebrate what would have been John Lennon’s 80th birthday. Kevin McManus, Head of UNESCO City of Music, was involved on behalf of the city and attended the final event at The Cavern in October 2021. The songs were judged by an impressive panel of industry figures (including Adele’s agent and respected musician/songwriter Andrew Roachford MBE who had a number of hits with his band Roachford) who all attended the event in Liverpool. The inaugural contest received over 20,000 song submissions from 28 countries with over 600 choosing to engage the mental health services. The top prize for the inaugural contest went to James Holt for his song “Make My Day.” To view the itv News profile on James and his performance at The Cavern Club, click here.

About TUFF
The Unity of Faiths Foundation (TUFF) is a British secular charitable organization working in four continents. TUFF bridges community sectors, organizations and government by rebuilding social integration and global community cohesion. TUFF also empowers youth through participation in sports, music and science. Teaching education in human values, integration acceptance, individual liberty, gender equality, understanding, respect for other cultures, the rule of law and democracy. TUFF was established in 2011 and has the support and acknowledgments of many dignitaries including H.H Pope Francis, H.M the Queen, and President Barack Obama to name a few. The ultimate goal is to share kindness and facilitate the integration and empowerment of those people who do not have a voice, due to numerous challenges and obstacles they face in their daily lives.