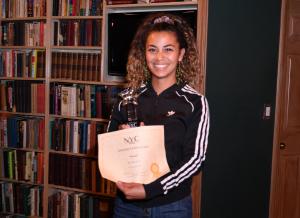 Daiana Provenzano, actress in Mamá, with the NYCindieFF Award 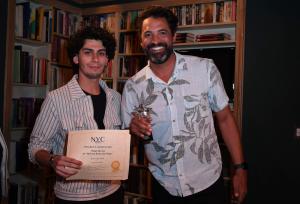 NEW YORK CITY, NEW YORK, UNITED STATES, July 15, 2022 /EINPresswire.com/ -- This year's nominations for Best Film, Best Actor, Best Actress and others at the 13th edition of the NYC Independent Film Festival are listed below. the festival organization, art director and curators congratulate all nominees with their recognition and hope to see everyone back next year. Next edition will be from June 11 to 18, 2023.

Award for Best Animation: Beyond the Drama, by Siti Lu (US)

Award for Best Director They Call Me Dax, by Patrick Alcedo (Canada)

Award for Best Short Documentary: They Call Me Dax, by Patrick Alcedo (Canada)

Award for Best Narrative Mid-Length: For My Daughter, by Fernando Rodriguez (US)

Award for Best Actress: Fiona Robert in The Country Club (US)

Award for Best Art/experimental: Seaside Azan, by Andrew Kamel (US)

Award for Best Cinematography: They Call Me Dax, by Patrick Alcedo (Canada)

The organization, director and curators of the film festival would like to thank all filmmakers, actors, producers, script writers and camera men for contributing to a great edition of this event, the 2022 edition of the NYCindieFF, and for their creativity that keeps the film industry awake and healthy. We wish all makers the best of luck in completing their next film project and we look forward to welcoming them to our next festival.

From Eagles Tribute To Original…

State of Yucatán to Host…

Study Abroad in the USA…