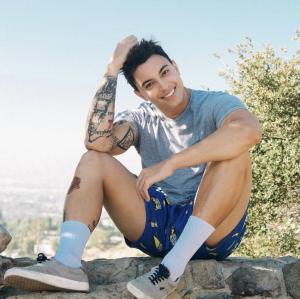 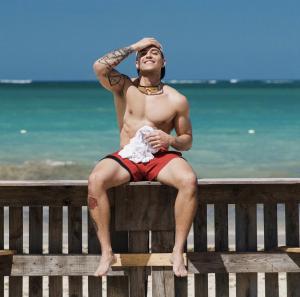 With a “smile that could topple an empire”, Matt has built MattLand, a TikTok empire with well over 100 million views and more than 2 million loyal followers

“What has become known as ‘MattLand’ is really something I never expected when I started creating content on TikTok,” Matt says. “I first started my profile when I knew the platform was taking off and thought it would be a fun and easy way to share some of my choreography. The next thing I knew, a video I made after a rehearsal hit 6.3 million views, and things just exploded from there.”

Despite his enormous success, Matt didn’t just show up on TikTok out of nowhere. In fact, he has already accomplished much for someone his age. As a professional dancer, he has toured the world and starred in music videos with prominent artists like Katy Perry, Ariana Grande, and Taylor Swift. Matt also has a regular role on the hit FOX series The Masked Singer.

With Mattland, Matt has been able to build something distinctly different from other social media personalities. On his platforms, he’s able to highlight his dance career, passions for hobbies like photography, and his day-to-day adventures both at home in Los Angeles and on the road with Texas and Brisket, his two Pomeranians. The result? Millions get to experience Matt’s sexy, yet sweet side, in a fully accessible, incredibly charming way.

As Matt himself says, “I can’t tell my fans how grateful I am for them, each and every day. While it can be a lot of work to create new content, I’m always struck by the responses I get from people who have followed me. I’ve developed a strong relationship with my followers - they keep me going and excited for all that is to come.”

Nick Chiodini
Communications
email us here
Visit us on social media:
Other