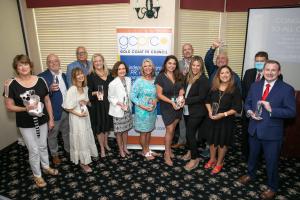 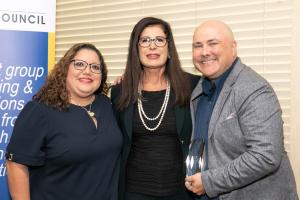 More than 70 communications and media professionals attended the awards ceremony, which was held on July 21 at the Delray Beach Golf Club. T.A. Walker, Reporter for WPTV’s Today on 5, served as emcee. Honors were presented in 10 competitive categories, with additional special awards selected by the nonprofit organization’s board of directors.

“This year’s Bernays Award honorees represent the high level of professionalism demonstrated by public relations, marketing and media professionals across South Florida,” said Melissa Perlman, President of GCPRC and founder of BlueIvy Communications. “I’m so proud to see the evolution of our industry locally, and excited about our continued growth as we make our mark not only in South Florida, but across the country and around the world.”

The ceremony also marked the debut of the Tim Byrd Award, named for the late, legendary radio personality Byrd. This year’s award, which was presented to T.A. Walker, embodies the generous spirit of the award’s namesake and honors a local media professional who goes above-and-beyond in their work with communications professionals.