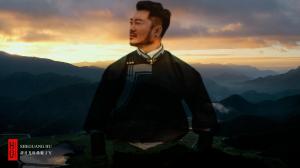 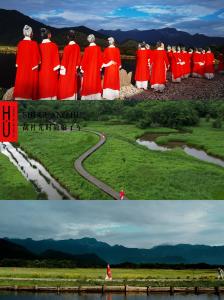 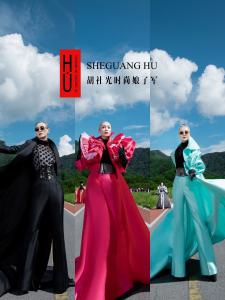 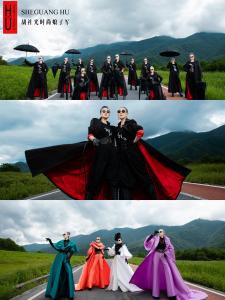 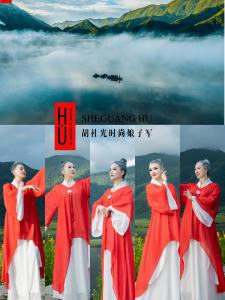 Nine lakes in the sky, wetlands among the clouds. Dajiu Lakes National Wetland Park with an elevation of 1783 meters is located in the mountains of Shennongjia, Hubei Province. Nine lakes on the alpine plains doth glitters with the lush green meadows alongside . Typical alpine basin scenery at Central China Roof , in addition to pleasant weather, it is highly appraised by tourists as "Hulun Buir" in Hubei. Dajiu Lakes Town is a national forest wellness retreat pilot town.

On June 20th, Shennongjia officially entered the era of high-speed rail. Hu Sheguang's Fashion Women's Army took their "Oriental Fashion Express" to Shengnongjia, brought their world-class fashion show to the famous ecotourism destination. Walking at the Shennongjia Dajiu Lakes covered by morning mist feels like wandering between the clouds in the sky.

In the morning of July 3rd, the opening ceremony of the 2022 Hu Sheguang Fashion Women's Army Summer Camp officially opened a new chapter of fashion exclusively for Dajiu Lakes. Over a hundred members with average age of 55 years old from all over China gathered at the Dajiu Lakes Wetland Park. Under the rising sun, where swans honked calling in the distance, three immersive fashion shows took place . Each moment of the fashion shows mesmerizingly and poetically presented the harmonious relationship between the nature and human.

The opening show with topic ‘Spread the Seeds of Love with Filial Piety First‘ marked Dajiu Lakes the third stop of 2022 Hu Sheguang Fashion Women's
Army Large-scale Public Welfare Fashion Tour to promote the culture. It was held nearby Tianwen Lake, the No. 2 in Dajiu Lakes group. Special guest Zhu Lin, head of the local Folk Art Troupe opened the show, thus beginning of the Summer Camp and the fashion chapter of Dajiu Lakes.The models were seen all in red walking toward the rising sun in the morning mist during the opening show. Gracefully and elegantly, they sent out a message to pass on the Chinese culture of filial piety, they told their stories of women in the new era of eastern fashion.

In the second fashion show, the models changed into colourful outfits. In the natural runway with backdrop of clear water and green mountains, on the heavenly earth, the wonder women of Hu Sheguang’s Fashion Army redefined the ultimate meaning of fashion. Hu's Aesthetics once again inspired the fashion world!

The finale show revealed the fearless fashion army’s uniform. It drew a successful conclusion to the opening ceremony of the 2022 Hu Sheguang Fashion Women's Army Summer Camp and marked the official beginning of the exclusive fashion story of Dajiu Lakes. Thanks to the local government and its associated organizations for their ample support, and to Lankeman Time, the members of the fashion army felt warm welcome from the people of Dajiu Lakes Town.

Each term of Hu Sheguang Fashion Women's Army Summer Camp is three months. Fashion enthusiasts from all over China gather at Dajiu Lakes. Apart from professional courses provided by mentors in fashion, other projects such as fashion campaign photoshoot at Dajiu Lakes popular tourism spots are offered to the members. With the exclusive context of Hu's Aesthetics, it helps Shennongjia Forest District to build ‘ an internationally famous eco-tourism destination’. Meanwhile, the members of Hu’s fashion army can pursue their fashion dreams in the spectacular sceneries of Dajiu Lakes.

Hu Sheguang Fashion Women's Army was established in 2019. It has set up bases in more than a hundred cities in China, and has discovered the ‘Chinese grandma’ Han Bin, the Grandma Fashion KOLs and supermodels. Its slogan ‘Fashion knows no age’ has also been widely circulated. While enriching the spiritual life of the people, it helps them to achieve the dream in fashion and performance. From a successful debut at China International Fashion Week, to popularise the first elderly Chinese female model Han Bin through New York Fashion Week, and then sending out six members to appear at London Fashion Week in February 2022, it refreshed the world’s perception of Chinese women by presenting the exquisite fashion style of oriental women in the new era!