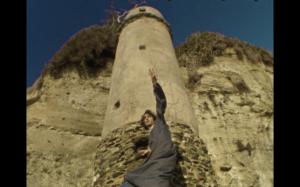 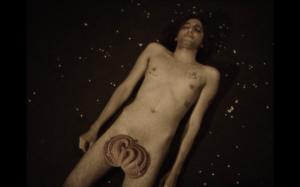 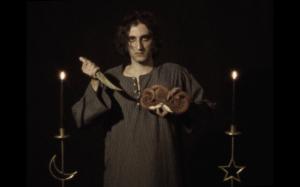 NEW YORK CITY, NEW YORK, UNITED STATES, July 19, 2022 /EINPresswire.com/ -- American filmmaker Andrew Kamel has won the award for Best Art/Experimental Film at the 2022 edition of the NYC Independent Film Festival in New York with his film SEASIDE AZAN (For A Lover Of Pearl).

SEASIDE AZAN is described as a Sufi mystic film poem investigating the turbulence of the male psyche and the oppression of women within the context of fundamentalist Islam.

Andrew Kamel is an Egyptian-American writer, actor, and filmmaker based in Los Angeles and New York who, by this point, has made two vastly different films: "The Adventures of Dalmaddin," a B-movie-style comedy that satirizes Arabian Nights exploitation films and now "Seaside Azan (For A Lover of Pearl)", a more solemn and poetical piece peering in on the double standards of how masculinity operates within the hegemonic framework of fundamentalist Islam. Kamel also works in other art forms, such as writing prose and poetry and playing the oud and piano. He is currently attending The New School in New York City for an M.F.A. in Creative Writing (Fiction).

The Jury of the NYC Independent Film Festival says that Kamel brings sappy poetry which at the same time is in sharp contrast with disturbing images in the film.