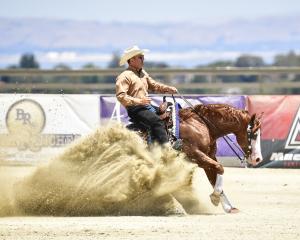 Andrea Fappani wins Reining By The Bay on All Bettss are Off: Image by High Cotton Promotions 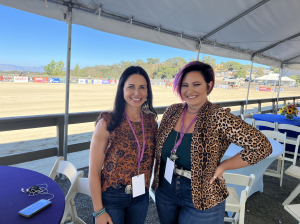 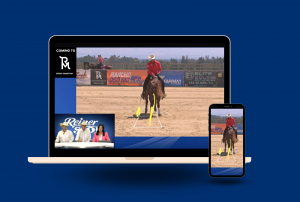 ReinerStop Show Time brings integrity and honesty to the sport of reining with the first-ever reining sports show!

The first in a series of four fall Show Time episodes started July 25th and continues to bring third-party unbiased analysis to the complex sport of reining.

SCOTTSDALE, AZ, USA, July 31, 2022 /EINPresswire.com/ -- ReinerStop continues to build momentum entering the height of show season. Their mission of reaching more people and providing access to horse related information began humbly with a goal of reaching 100,000 people. Show Time premiered in 2021, and they quickly reached that mark after just the first episode.

This year’s first ReinerStop Show Time episode, held at the Cactus Reining Classic, acquired over 2 million impressions, further skyrocketing them beyond their initial goal. Now entering a two month Show Time event series, they are looking to capitalize on this momentum and engage even more people in the horse industry.
“Reining is becoming a household name, yet there are misunderstandings about how the judging and scoring really works. This is why we created ReinerStop Show Time, to help even the most green spectator have an NFL-like sporting experience. As an exhibitor myself, the skills and tools I have learned from Show Time have given me a huge advantage.” - Sheley Brien, Founder of ReinerStop

What fascinates people about ReinerStop Show Time? It could be the expert judges panel shedding light on the scoring. Super Bowl style programming brings the audience slow motion reviews, graphic overlays, and open discussions about scoring, penalties, and the future of reining. The giveaways are an added perk, but what really drives viewers is the refreshing combination of education and entertainment provided by the panelists and hosts. Show Time is now available free to viewers with a simple email sign-up, thanks to ReinerStop sponsors.

“Horses have impacted every aspect of my life. They’ve seen me through hard times, they’ve taught me how to love and be loved in return, and they’ve given me career opportunities beyond my imagination. Reining is a sport built on objective scoring, grit and control. The more ReinerStop can use modern media to bring honesty and integrity to the sport, the greater the chances that others will get involved: take lessons, buy a horse, attend a show. It’s all about connecting horses and humans.” - Chelsea Sutton, ReinerStop Partner & Reining Announcer

Reining is a visceral, adrenaline-pumping sport that requires passionate people with hearts set on growth and improvement. Reining has the chance to engage fans at every level. This is what ReinerStop brings to the table: passion, enthusiasm, fun, and access to experts.

Show Time coverage featuring the Reining By The Bay Derby streamed live Monday, July 25. On demand viewing is available for two weeks. As Reining by the Bay expires, ReinerStop will cover the season's first major futurity at The North American Reining Stakes, held this year in Ocala, Florida.

Get access to ReinerStop Show Time by subscribing at reinerstop.com/show-time.

Founded in 2012, ReinerStop has evolved into an online resource that uses the sport of reining to connect horse enthusiasts to the equine industry. ReinerStop believes horses change lives and aims to remove barriers that discourage people from easily accessing horses and industry information. People at all levels are invited to join the conversation as education and entertainment are combined through interviews with industry experts and coverage of premier events. Connect with ReinerStop at ReinerStop.com or on Facebook or Instagram.

The World of an Established…

Radio Stations Around The World…

Bioxytran Interview at the Emerging…