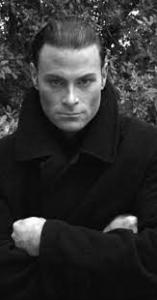 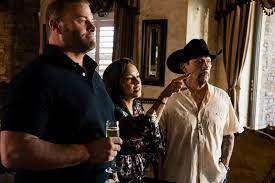 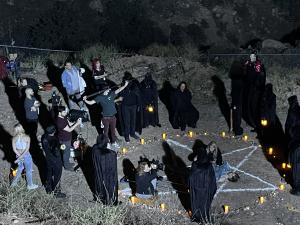 Cast and crew of horror feature "Sacrate," shooting on location outside of Los Angeles.

The filmmakers, co-directors Humberto Rosa & Brian Frank Visciglia; describe the film, " At the stroke of midnight, past sins come back to haunt a group of friends, as they fight for not only their lives but also for the good of mankind in this mind twisting horror." The film, written by Sean Crayne, Humberto Rosa, and Brian Frank Viscigila will also feature Paris Dylan, Gabriel Sousa, Kira Cahill, Vivien Soraya, and is produced by Alvaro Vasquez for Flatline productions and Mindgate Motion Pictures.

"Sacrate" marks a reunion of sorts for actors Philippe A. Haddad and Danny Trejo, who starred alongside each other in the 2021 cartel-drama "American Sicario" which starred Haddad as American gangster Erik Vasquez, scheming to become the top dog in the Mexican underworld, only to find himself making enemies out of both the powerful cartels and his own allies. Haddad also served as the film's executive producer.