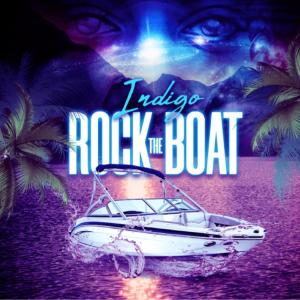 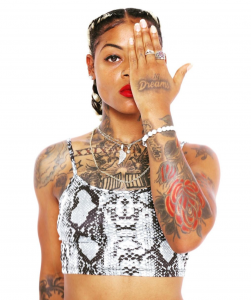 LOS ANGELES, CALIFORNIA, UNITED STATES, July 11, 2022 /EINPresswire.com/ -- Florida has been the source of first-rate recording artists exploding onto the global music scene, and the finest example of that is the rapidly rising entertainer INDIGO. Reshaping the way we look at music with her distinctively genre-fusion style, INDIGO’s tunes are driven off the core R&B soundscape but fuse a host of other strands such as pop and Afro-Caribbean influenced sounds that certainly appeal to a vast market. This year, she comes back with a charged-up track, “Rock The Boat,” produced by The Ambience Beats (Tory Lanez, Smoove’L, Enchanting) and mastered by ThisIsBiggz. It is also accompanied by a compelling official music video released today, which is a tribute to Aaliyah’s song, “Rock The Boat,” giving you a peek into the high level of versatility that INDIGO brings to the table.

Featuring undeniable instrumentation that’s sure to capture the listening senses, it perfectly fits the enticing, romantic nature of the lyricism, which has INDIGO showing her love interest with a bevy of attention. She brings her distinct timbre and signature vocal delivery to the forefront, conveying that it’s okay to invite love into your life, wherever it comes from.

INDIGO shares, “After being hurt from my last relationship, I wanted to capture the essence of love and put it into a different perspective. This song was definitely a part of my healing process. Love is the purest form of energy. Music is the universal language that everyone has the capacity to understand. Together, it makes for the perfect recipe for unification in today’s time. Remember, there is still hope.” A heart-warming piece that appeals to everyone who has felt pain and yearning, this is complemented by the movement response to get on the dance floor and connect with the chosen subject.

“Rock The Boat” is now available via your favorite streaming platforms, including Spotify and YouTube. Connect with INDIGO via her Instagram handle to get real-time updates.

About INDIGO
India Yvette Graham, professionally known as INDIGO, hails from Virginia Beach, VA. She is a singer-songwriter, producer, and multi-instrumentalist who started singing at the tender age of four. Influenced by luminaries such as Mary J. Bilge, Prince, Paramore, and Aaliyah prominently, she is no stranger to top-notch producers with whom she has the pleasure of working. She was seen teaming up with CHIVEER (Future, Lil Uzi Vert, Jay Critch), Haze Banks (Freeway, Twista, Trae tha Truth), and ThisIsBiggz (Lil Boosie, Timbaland, Duke Duece), to name a few. She opened for rapper 9lokkNine at the Kravis Center in 2019 and has also shared the stage with rappers Miami Tip and Bobby Lytes.

INDIGO also credits her debut 2018 track “Dreams” and sophomore 2019 track “Don’t Fall,” which both pulled off a generous amount of streams across the board. After three years of hiatus due to personal setbacks and extreme external obstacles, INDIGO is back, taking the stage by storm through her new track, “Rock The Boat.” She also founded the label INDiGo Digital Records, which aims to help independent artists in her hometown. If that’s not enough, she is also primed to release another single this year featuring Haze Banks and possibly a mixtape in August. Armed with a lot of projects under her belt, she is indeed here to stay and set to become the next big star in the music scene.