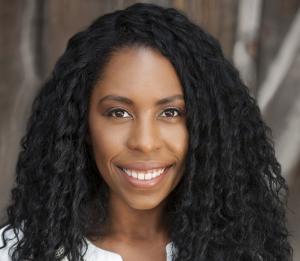 Recently, Bella signed with literacy agent Jack Heinrich at KMR Talent to bring her creative genius to larger platforms and impact people worldwide. Through her production and script writing company, Bellavision, Bella has two indie short films, “180” which is making its rounds on the film festival circuit and Two Cops a Latte and a Ring” which is set to release on IndieFlix and Amazon. From PTA to hired gun, “180” focuses on a cancer-surviving desperate housewife who becomes a murder-for-hire assassin during the pandemic. “Two Cops a Latte and a Ring” asks whether love can exist on the job as two officers contemplate life after a harrowing event.

Hailing from Alabama, Bella is a cancer survivor who brings her strength and uniquely dark, witty humor to any project she touches. Her natural “get it done no matter what” attitude and her insightful work have been praised on NBC, BET, indie short films, entertainment media, TV, and film. While Bella has shined as a scriptwriter, actor, and producer, she also has an extensive background in dance/choreography and music. Bella has worked with Grammy award-winning artists, had a song on the radio, and toured internationally (under a different stage name).

Backed by a million-dollar budget, Bella will showcase her fresh voice in the much-anticipated feature “Lemon Cake” which is set to go into pre-production in the second quarter of 2023. A triple-threat star on the rise, Bella hopes to produce film and television content that has music at the center.