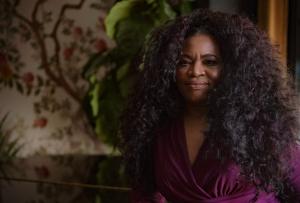 LOS ANGELES, CA, USA, July 14, 2022 /EINPresswire.com/ -- La'Chris Jordan, Highly-Acclaimed Director, Writer, and Producer recounts the first half of 2022 and gives insight into the second half.

"The first half of 2022 has been an incredible roller-coaster ride for the entire country. The residue of the global pandemic forced many to scale back on the basic necessities of life such as gas, food, water, housing, and healthcare – all the basic things we need for survival", says Jordan.

Many believe the year has been a continuation of the stress and trauma weighing on humanity's spirit since the pandemic began and will continue into the final half of the year. The second wave of Covid-19, also known as Omicron, sets the stage for another round of panic and limited resources as people try to regain some semblance of normalcy.

"When you have less resources, you conserve what you have. And this move towards "conservatism" will only continue into the second half of the year," explains Jordan.

Despite economists' predictions of a looming recession, there is reason to be optimistic. According to BigThink.com, "Almost a third of people around the world expect their society to become more tolerant as a result of the events of the last two years." Humanity will continue to recover from the pandemic; people will become more self-sufficient; daily routines will resume, and people will find solutions to their families' problems.

"What this tells me is that people are applying what I call the "long-game mindset" when it comes to restructuring their lives. They realize there are no short-term fixes and that a 'one-size-fits-all' solution is not the answer", concludes Jordan.

To have a reasonably successful second half of 2022, health, financial, and educational institutions must continue to develop solutions that will benefit the majority, if not everyone.

La'Chris Jordan is a multi-award-winning director and writer who attended the University of Washington. Her impressive background includes recognition by the Sundance Episodic Lab, Launchpad, and the Austin Film Festival, among others. In addition, La'Chris Jordan was named 'One of the 50 Playwrights to Watch' by the Dramatist Guild. She wrote, directed, and produced her debut short, 'JANUARY 14th', which had its World Premiere at the Pan African Film Festival.