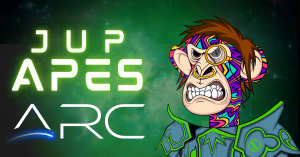 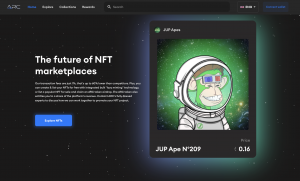 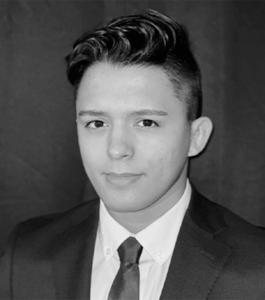 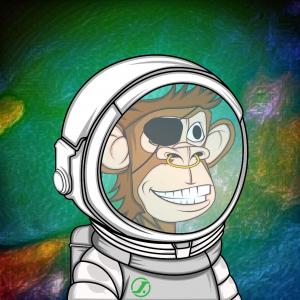 On the 25th July 2022, JUP Apes will launch its NFT collection on ARC’s ($ARC) new NFT marketplace, along with a series of lucrative giveaways.

This launch of JUP Apes on ARC Marketplace is an exciting addition to the Jupiter ecosystem and our partnership with the ARC team and broader community.”
— Steven Grove, Founder Jupiter Project
NEW YORK, UNITED STATES, August 3, 2022 /EINPresswire.com/ -- ARC’s new NFT marketplace kicks off officially into phase 1 with a looming pipeline of several confirmed technological and NFT partnerships.

Leading the fray is JUP Apes, the official NFTs and first NFT collection minted on the Jupiter Blockchain.

In tandem with ARC’s commitment to partnerships and $ARC token holders and stakers, a series of exciting giveaways and airdrops will ensue including 1,000,000 JUP tokens (The governance and utility token of Jupiter Project (now available on CoinBase), JUP Apes, Astro Punks, Eggleston’s Electric Fractal Timber Art and more.

900 Apes will be available initially on ARC's NFT Marketplace.

ARC’s proprietary NFT marketplace offers its partners an exciting array of features, one of which is lazy minting. Lazy minting benefits the project and creator as minting only takes place when an NFT sale occurs. This means that gas fees are charged to the user only at that point in time for the minting process. These kinds of advantages put the creators and users first, and reduce several barriers to entry such as steep up-front NFT minting costs.

ARC’s NFT marketplace also only charges 1% fees, approximately 75% less than the industry standard, and shares half the revenue generated with anyone staking $ARC tokens. The $ARC token stakers benefit from partner token and NFT airdrops as well as any other forms of partnership revenues realized by ARC.

“This launch with JUP Apes is an exciting milestone in our partnership with the JUP blockchain and broader community. JUP apes represents a welcome upgrade to the previous generation of PFP collections by providing real utility, governance and benefits to its holders.”


The Jupiter Project aims to make blockchain accessible and safe for everyone. Jupiter’s military-grade encryption helps ensure that user data is private and secure. Through Jupiter’s elite encryption capabilities, Jupiter can power secure dApps on public and private networks based on their client’s wishes.

“This launch of JUP Apes on ARC Marketplace is an exciting addition to the Jupiter ecosystem and our partnership with the ARC team and broader community. JUP Apes represents an upgrade to the legacy PFP collections by providing real utility, governance, and additional adoption of Jupiter and ARC across the greater crypto scene.”

ARC's mission is to allow anyone from anywhere to trade all CEX’s, DEX’s, NFT marketplaces, and blockchains in one place, within 3 clicks.

With over 150 swap protocols incorporated into its ecosystem, ARC offers the cheapest ETH swap on the market, and farms are live on the platform for staking $ARC, $ETH, $USDT, $USDC and $BTC.

Recently the ARC team released their cooperative NFT marketplace which partners with innovative features for creators and projects to reduce costs and co-market launches.

In 2022, ARC will release the ARC Reactor and DRAGN, proprietary tools that empower brands, projects and developers to launch WEB3.0 smart contracts and dApps at a fraction of the time, cost and environmental impact with zero code required. This technology sits at the heart of all ARC future technological releases.

This comprehensive approach will give the market access to unified liquidity, instantaneous programming, and perfectly transmissible smart contract information across all chains

At the center of our product is the $ARC governance and utility token. Staking $ARC gives users benefits ranging from:

The first ever 10k PFP NFT project to be released on the Jupiter Project.

All funds raised through JUP Ape sales will go towards further development.

90% of all funds gathered from the sale of JUP Apes is used to further the development of the JUP Apes project, LEDA market and the Jupiter Project.

Ownership of a JUP Ape bequeaths the owner the right of governance, having a say as to how the funds are spent, and which features come first.