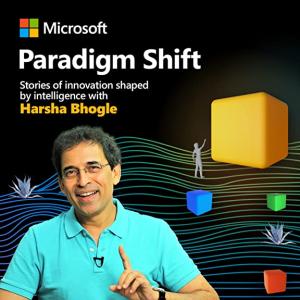 NEW DELHI, DELHI, INDIA, July 3, 2022 /EINPresswire.com/ -- Episode 7 of Paradigm Shift, a podcast series produced by Microsoft India and narrated by Harsha Bhogle, had snippets of a speech by the Honourable Prime Minister of India.

The speech mentioned about innovations facilitated by Sapio Analytics, bringing the power of artificial intelligence to the fore. Through interviews done with art historian and photographer Benoy K Behl and CEO of Sapio Analytics Ashwin Srivastava, who has been an admirer of Behl’s works, concept of digital restoration of ancient artworks was introduced through this episode.

Produced by Archana Nathan, with research, interviews and script by Prthvir Solanki, the episode focuses on the power of artificial intelligence in helping increase human consciousness, using art and culture.

Srivastava spoke about the technologies used in such restoration, and how a combination of machine learning models, powered by Behl’s works has been instrumental in reviving the original glory of ancient culture.

“With its vastly rich history and culture, India is a heritage-lover’s paradise. But there’s a problem. A large number of monuments, museums and art is either badly maintained or looks unsalvageable. Solutions from the world of AI, however, argue that things need not be the way they are right now. AI can be used to travel in time to see how the object was originally and attempt to restore it to a large extent”, says the summary of the podcast episode.

It remains to be seen how artificial intelligence shapes our future, but the podcast series brings out rare innovations that are driving this shift towards AI. In the voice of Harsha Bhogle, the famed media personality, this podcast is expected to cement its position as the narrator of such shift.

It’s On The Road with…