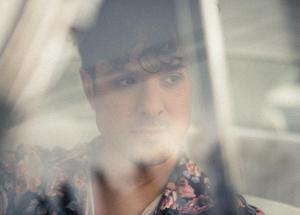 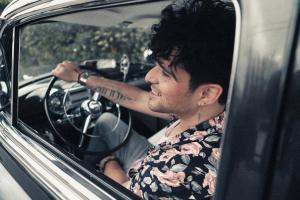 "It's the way you whisper how you want me That look in your eyes like you own me Wearing that dress like you know me..."”
— Eric Zayne

HOLLYWOOD, CA, US, July 6, 2022 /EINPresswire.com/ -- ERIC ZAYNE, the multi-talented singer-songwriter/producer behind GRAMMY AWARD-WINNING artists like H.E.R, CEELO GREEN, and BTS releases ONLY WANT YOU -- a minimally arranged soul-ballad, performed to an assembly of organs, horns, percussion, and electric guitar.

EZ grew up in the war torn CONGO and used his musically-driven imagination to drown out the sounds of the surrounding destruction.

At 11 years old, his family sent him to MONTREAL (as a refugee) where he found a pathway to start expressing his artistic talents. Music would keep him company until he reconnected with his family years later.

Now, he's made a home in the music scene.

If he's not working with chart-topping artists and producers, penning music for TV and FILM projects, he's cultivating his NEW VINTAGE sound: an electric combination of funk, rock, and soul.

ONLY WANT YOU is in the same sonic signature of his last release, I CAN'T HELP MYSELF (in-studio performance), which found great traction on popular streaming playlists (FRESH FINDS, APPLE MUSIC, AMAZON, YOUTUBE MUSIC).

Lyrically, the song feels as if it's written with the poetic influence of legendary 'Rock and Soul' artists like PRINCE and STEVIE WONDER, but with a modern-day, NEW VINTAGE feel to it.

If you're not familiar with the man 'behind the scenes' of BTS, now is the perfect time to get yourself acquainted!

Stream ONLY WANT YOU on all platforms!!!