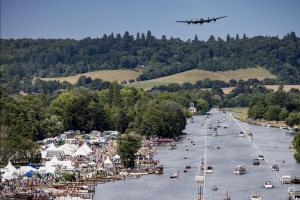 The abiding memory of the 43rd Thames Traditional Boat Festival - the flypasts of PA 474, the Battle of Britain Memorial Flight WW2 Lancaster bomber 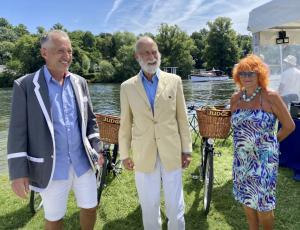 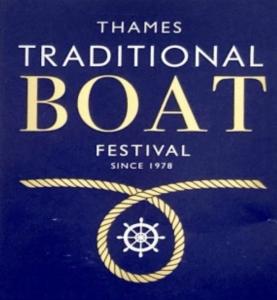 Trad Boat Fest in the UK next JULY

Adam Toop said Whoever you are- this would not have been possible without you.  It's a truly historical gathering of some amazing boats and people. interested in keeping this legacy alive.”
— Adam Toop Co-Chair of TBF

By Tim Koch In 1993, the then Conservative Prime Minister, John Major, sought to reassure Eurosceptics saying that, despite European Union membership, ‘Fifty years on from now, Britain will still be the country of long shadows on county (cricket) grounds, warm beer, invincible green suburbs, dog lovers, and… old maids bicycling to Holy Communion through the morning mist.’

In a recent post, having visited the Thames Traditional Boat Festival for the first time, Tim Coch observes that had Major wished to evoke Britishness in fewer words, he could have simply said that “Fifty years from now, Britain will still hold the Thames Traditional Boat Festival…. it could not have been more British had it been organised by the Queen, P.G. Wodehouse and Mary Poppins as they enjoyed afternoon tea while on a London bus”.

The Thames Traditional Boat Festival was back to full throttle in July with the river full of boats, classic cars and bikes on land along with vintage aeroplanes in the skies.

With the temperatures soaring, big crowds still came out to see this years quintessentially English festival on the banks of the River Thames in Henley, held two weeks after the world-famous rowing event – the Henley Royal Regatta.

Throughout the weekend there were displays of all types, from slipper launches and skiffs to steamboats and Dunkirk Little Ships to the well-loved amphibious vehicles.  Many craft were entered for judging in a bid to get their hands on the coveted trophies presented on Sunday afternoon.

Back to its best was also the military display of vehicles and equipment.  The Battle of Britain Memorial Flight air displays wowed the crowds, particularly on Sunday when one of only two remaining operational Lancaster bombers flew low over the town and river a number of times.

Prince Michael of Kent visited the Festival on Saturday with Festival co-Chairs, Lady Judy McAlpine and Adam Toop giving him a tour of the displays.  He was very interested in the judging process that was in full flow at the time of his visit and, as Honorary Admiral of the Association of Dunkirk Little Ships, he was keen to spend time with them.

Co-Chair, Adam Toop at the awards ceremony said, "It's been an amazing weekend and an absolute delight to see so many familiar, smiling faces.  Whether you're an exhibitor or visitor, whether you've bought a boat, car or bike, none of this would have been possible without you.  It's a truly special gathering of some amazing people that come together, once a year, to produce this unique event that is undoubtedly my favourite weekend of the year.

Afterwards he added, "The Committee are absolutely delighted to have received so many kind messages of thanks following the 43rd Thames Traditional Boat Festival.   On the water, we enjoyed several interesting new entries - boats that had not attended before.  The large number of amphibious craft were also as popular as ever.  Skyward, a Hurricane drew cheers as it performed a flypast on Saturday, upstaged only by the sheer scale and noise of a very rare operational Lancaster Bomber that treated everyone to a number of low flypasts on Sunday.  Special thanks also to Battle of Britain Memorial Flight and the Stewards of Henley Royal Regatta for the use of Fawley Meadows.

TV Presenter, Edd China presented the awards and was the winner of The Sir William McAlpine Trophy for engineering presented, by Lady Judy McAlpine. She said, "Edd is teaching youngsters what beautiful engineering is all about and I can't think of anyone more deserving."

The Best Boat in Show and 3 other awards were won by De Zwaan (the Swan), a Thames skiff built by Hart and Co. of Surbiton around 1860.  In later life she was taken to the Netherlands, eventually falling into a very poor state before being meticulously restored by her current owner, Marcel Linssen.  Adam added, "It takes something very special for a professional boatbuilder to win four categories.  It is truly exceptional for an amateur to achieve this.  Upon collecting his final trophy at the prize giving ceremony, I suggested to the audience that Marcel should consider retiring from dentistry. They laughed. He nodded."

Judy McAlpine commented: "I thought it was the best yet. Owing to a few good sponsors, a huge amount of work from a few volunteers and contractors, it looked good, the weather was wonderful, and we made a lot of people very happy.  The highlight was definitely the Lancaster (despite it being nominally a “boat” show)."

The Thames Traditional Boat Festival is not-for-profit event held annually in July.  It is organised by a volunteer Committee of just eight.

Tickets, boat entries, car, military and amphib entries, exhibitor application forms and the opportunity to become a member and support this fabulous event, can all be found on our website, www.tradboatfestival.com  See you July 14th-16th 2023 here in the UK.