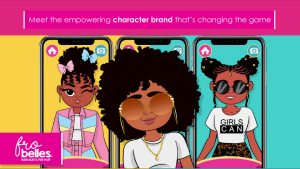 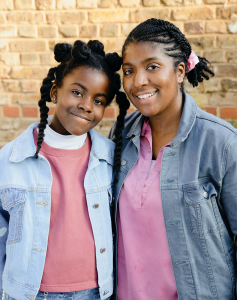 We went into this doing it for fun. And actually, this success has really shown what a difference you can make for people all over the world”
— Yvonne Ottley

UK, July 12, 2022 /EINPresswire.com/ -- But the fact of the matter is that despite our propagation of the notion, the world we live in is still very much defined by exclusion. There are countless examples of this, both big and small. And while there has been progress in some areas, others have yet to be addressed or even noticed. Gaming is one of these untapped categories, lacking in characters and concepts that holistically reflect our world. This is something mother-daughter duo Yvonne Ottley and Alyssa have set out to change with the launch of their game Frobelles.

An indie dress-up game, Frobelles takes players into the world of fashion in a way unlike they have ever experienced before. Its overall concept revolves around celebrating diversity through a strong offering of black characters who proudly rock their Afro hair and outfits.

The idea came in 2018 when Yvonne's daughter Alyssa noticed the lack of girls who looked like her in her favorite dress-up games. Many of them did not include black characters, and in cases where they did, these characters would often require a purchase or upgrade to access.
The two saw an opportunity not only to fill this market gap but also to redefine what it meant to be a black girl in the gaming industry. And so Frobelles was born.

Over the past few years, Yvonne has worked alongside her daughter in creating the game - handling everything from its GUI to testing. Alyssa has had a significant part in Frobelle's development, curating the outfits and voiceovers the game features. Developers from India and illustrators from Argentina have supported the projects to fruition.

“We went into this doing it for fun. And actually, this success has really shown what a difference you can make for people all over the world”

Frobelles, released in 2020, has 58.2K downloads and is already having an incredibly positive impact across the globe. Users love the diverse range of afro hairstyles, clothes, and accessories to choose from, as well as the overall message of empowerment that the game endorses.

And while this is a fantastic accomplishment with respect to the project's ultimate goal, Yvonne and Alyssa say "they're not done" with the app. The two plan to further develop Frobelles over the years to come, giving players more opportunities to earn coins and unlock new hair and clothing packs. They're also expanding the franchise to Froboyz, catering to young male audiences who equally deserve representation.

Frobelles is a long-awaited positive representation of afro hair to take on the classic dress-up game, setting a new standard for diversity. Users can find out more about the game via its Instagram page and website and play it on the App Store and Google Play.