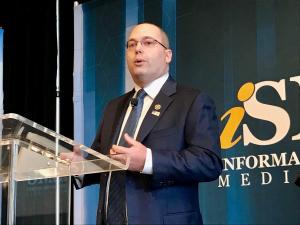 Report on General Flynn's efforts to overturn the 2020 election

WEST CHESTER, PA, USA, July 7, 2022 /EINPresswire.com/ -- Independent Pennsylvania Senate Candidate Everett Stern will hold a virtual press conference at 1 pm EST on Friday, July 8 2022 to announce the soon to be released completed report on General Flynn’s on-going efforts to subvert the results of the 2020 Presidential elections. The one-hundred-and-fifty-page document with extensively documentation will include discussion of Stern's testimony before the Congressional January 6th Committee. “This report shows there is determined attempt by General Flynn and others to undermine our democratic processes, it verges on sedition,” said Stern. He was initially contacted by the Patriot Caucus to seek out information to discredit sitting members of Congress and the Senate for the purposes of pressuring them to overturn the 2020 election. In addition, the report covers their efforts to set up para military operations across the US. " it may sound like some Hollywood action thriller, but it is not and people should be made aware of the risks their country faces," said Stern.

The report is being forwarded to the Department of Justice for their review.
He is planning to make the report available to the general public through an online download at a nominal price of 99 cents.

Stern is the CEO and intelligence director of Tactical Rabbit, a private intelligence agency that focuses on national security issues, money laundering and corporate malfeasance. His work is the focus of a recently released book "Dark Money and Private Spies," as well as being featured on Netflix, the Guardian newspaper, New York Times and Rolling Stone magazine. Stern first came to prominence as a whistleblower in the HSBC Bank scandal, that resulted in the largest bank fine in American history $1.92 billion.

Those wishing to attend the free virtual press conference can do so at https://vimeo.com/event/2263505?ref=tw-share.
The event is interactive and participants are encouraged to ask questions.