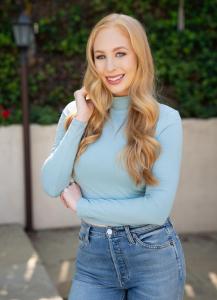 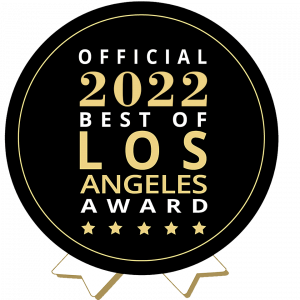 “We're honored to include Elizabeth Stanton into our BoLAA family.” ~Aurora DeRose

The “Best of Los Angeles Award” community was formed eight years ago and consists of over 7,600 professional members living and working in Southern California. It celebrates the best people, places and things in Los Angeles with a slogan “No Ads. No B.S. Only the Best.”

“The mission of the community is to celebrate the best of Los Angeles, and allow its community members to connect with other members who share the highest standards of quality and integrity,” expresses DeRose. "We're honored to include Elizabeth Stanton into our BoLAA family."

Elizabeth Stanton is the host of CW's World's Funniest Animals. Her Parents are Laura (author) and David McKenzie (director), and she was born in Los Angeles. She is engaged to Jacob Mayberry. They got engaged in Monte Carlo in 2020. Elizabeth Stanton has spent her entire life traveling to different parts of the world. She has been exposed to far eastern and European cultures throughout her childhood, which has made her fall in love with travel. Growing up and seeing her mother host her own travel program inspired her to travel, and she eventually got her own travel show.

She has her own broadcast television series called Elizabeth Stanton's Great Big World which has 8 seasons and on FOX stations around the country, the series is a top-rated show. It follows Elizabeth as she travels the world with her celebrity friends, learning about various cultures, history, and finding methods to aid those in need, all while calling attention to the concerns of the less fortunate. Elizabeth is also committed to helping those in need; she has donated several gifts to the Marines Toys for Tots Foundation and has utilized the proceeds from her show to feed over 4000 homeless people in Los Angeles.

Another show she has hosted is World's Funniest Animals, the show features celebrity guests, their dogs, and panelists who remark on the popular internet videos of hilarious animal events. As well as hosting television series she plays Liz Sandler in THIS JUST IN, which was released in 2016, is about a socially awkward girl who goes to a new school and quickly becomes involved with a diverse group of friends, all of whom have their own problems. They realize that they have a unique connection centered around the school's television station. The show was also nominated for two Emmy awards.