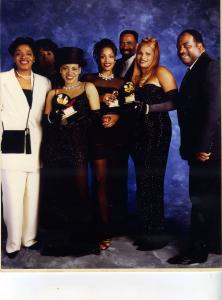 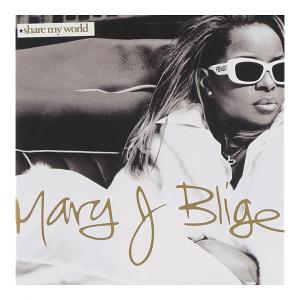 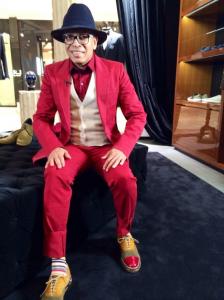 The rights to the extravagant and controversial life story of the late legendary stylist Derek Khan, the creator of hip-hop’s “ghetto fabulous” fashion movement, have been acquired by his friend, veteran music executive Beverly Paige.

Currently, Paige and her team are exploring television, film and publishing deals on the visionary stylist to the who’s who in fashion and entertainment whose glamourous career went from red carpets to prison to villas in Dubai.

“Derek has a fascinating rag to riches to rags story,” said Paige, who was the first Black woman to be named vice president of publicity and promotions at a major record label. “I had met Derek in the early 1990s when I was vice-president of publicity at Island Records and he was beginning his career as a fashion stylist. For years, he had worked in couture fashion shops Gucci and Givenchy. I retained him to re-imagine my clients Salt-n-Pepa. Thanks to him, Salt-n-Pepa was the showstopper at the 1995 Grammy Awards. Derek was a visionary who created an extraordinary high fashion movement in hip-hop. We called it ‘fabulous.’ Derek called it ‘ghetto fabulous.”

Paige and Khan began partnering with the luxury goods industry to showcase high fashion on top hip-hop artists. “I would write letters of introduction to the clothing and jewelry designers stating that Derek was working for me to legitimatize his work,” said Paige. “Derek had access to luxury couture and no one else was doing it at that time. I told him at the 1995 Grammys, Salt-n-Pepa needed to be draped in couture fur coats and diamonds when they were doing interviews. That look created a new fashion era.”

Khan, who was born in Trinidad, died of COVID in Dubai in 2021 at age 63. He has been applauded by Harper’s Bazaar and Vogue for glamourizing hip-hop’s stars. He stylized Lauryn Hill’s boho-chic look for her legendary Grammy-winning debut album “The Miseducation of Lauryn Hill.” He outfitted Lil’ Kim in her famed red Chanel leather cowboy outfit for the 2002 Grammy Awards. He swathed Mary J. Blige in white fur for her 1997 hit album cover “Share My World.” He brokered a deal for Pink with Chanel. For Aretha Franklin, he draped the superstar in $10 million worth of diamonds for a July 4 Washington DC concert. Khan fabulously stylized stars luxury couture and gems from Chanel, Dolce & Gabbana and Christian Dior to Harry Winston, Tiffany and Bulgari. He is the only stylist to be honored at the Metropolitan Museum of Art’s “Greatest Rock Costume Exhibit.”

By the early 2000s, Khan was no longer a superstar stylist. Emerging artists were selecting new fashion advisors. Tragically, Khan began to pawn the on-loan gems for cash to support his extravagant lifestyle. In 2003, he was sentenced to prison on charges of defrauding eight of New York's most prestigious jewelers, including Harry Winston, Graff and Piaget. He had borrowed more than $1.5 million worth of diamond earrings, necklaces and watches in the names of superstar clients. After his two-year prison sentence from 2003 to 2005, he was deported back to Trinidad.

Khan left Trinidad for Dubai with a friend’s help. “He has been accepted into the society of wealthy expatriates and Saudi royalty, even by those Mr. Khan said are aware of his prior accommodations,” wrote the New York Times in 2008. “At the time of his death in Dubai, he was a consulting fashion stylist for the wealthy and also designed a line of jewelry called the Derek Khan collection.

“I am thrilled that Beverly Paige will be telling my brother’s remarkable story,” said Wendy Kreuzer-Khan, Khan’s sister. “She had been a good friend and supporter to Derek for many years.”

Paige has been Vice President of Press and Public Relations for Interscope Records, Polygram Label Group, and Universal Island Def Jam. Her lengthy list of music clients has included Jay-Z, Luther Vandross, Kool and The Gang and the Jackson Family Tour. Paige is credited with launching the music careers of icons Queen Latifah, Salt-n-Pepa and Kurtis Blow.

Paige is currently working with manager,, Jerry Silverhardt and attorney Mike Dawson, on developing book, film, and television projects on the life of Derek Khan.