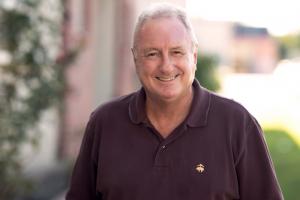 Burns Funding's goal is to help existing and would-be entrepreneurs reach their full potential. Too often, they give up because of a lack of capital. We can solve that problem.”
— Peter J. Burns, III
DEL MAR, CALIFORNIA, UNITED STATES, July 11, 2022 /EINPresswire.com/ -- Peter J. Burns III, founder of Burns Funding (an alternative funding company) and Millennial Queenmaker (an incubator for young female entrepreneurs), has published another compelling column for the prestigious magazine, Entrepreneur.

Entitled “Diversification and Its Role in Entrepreneurial Success,” Burns explores how diversifying your revenue opportunities can protect you from catastrophic circumstances in the following column.


Specifically, Burns details how the pandemic derailed two of his businesses – luxury group homes and cannabis churches. However, his other business, Burns Funding, saved the day by tapping into “The Great Resignation” phenomenon, where employees left their jobs, many to explore starting new business. These budding entrepreneurs sought out Burns Funding and soon thereafter Millennial Queenmaker.

Burns went on to detail three ways to diversify in the column:

1. Become a channel
2. Take advantage of a trend
3. Parlay your skill into another area

“Diversification should be an arrow in every entrepreneur’s quiver,” Burns said. “Worse case, it will protect you in downturns. Best case, it will amplify your financial success.”

Based today in Del Mar, California, Peter J. Burns III grew up in a well-established New England family in New Canaan, Connecticut. He was briefly educated at the United States Military Academy Preparatory School at West Point, the University of Virginia (UVa), and finally the Harvard Business School's Owners and Presidents Management Program. While his two younger brothers went on to have successful business careers, Burns chose the life of a successful entrepreneur.

Burns started hundreds of businesses over the ensuing decades. He then moved to Arizona in the early 2000s and became a pro bono adjunct faculty member at the highly respected Barrett Honors College at Arizona State University. In 2006, he took his teaching practice across town to Grand Canyon University and its entrepreneur-like founder Brent Richardson, where the two men would launch the nation’s first College of Entrepreneurship at GCU.

In recognition of his work, Burns was honored by the Arizona chapter of the Future Business Leaders of America its Businessperson of the Year in 2007.

Shortly thereafter, he started Club Entrepreneur as a way to bring entrepreneurs together in an “open-source entrepreneurship” platform. The Phoenix chapter attracted 10,000 members.
In 2016, Burns moved to the West Coast and started Burns Funding as a way to help entrepreneurs secure hard-to-get funding for their businesses.

Taken as a whole, Burns says all the businesses have a “common thread.

“Every business I start represents my desire to help existing and would-be entrepreneurs reach their full potential,” said Burns. “Too often, they give up because of a lack of capital. I set out to solve that problem and won’t rest until every entrepreneur that needs money can secure it.”