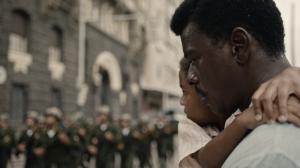 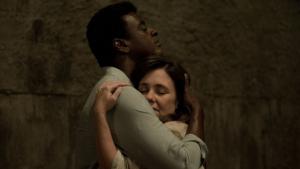 Wagner Moura’s Marighella - which had its world premiere out of competition in Berlinale 2019.

"Marighella" was finally released in Brazil in 2021 and became #1 at the box office. It now has the most nominations at the 21st Brazilian Cinema Grand Prix

With a rousing, kinetic style reminiscent of The Battle of Algiers, and confrontational close-ups of fiery eyes and faces, the film is not merely a historical biopic— it’s a provocation.”
— Devika Girish, The New York Times
NEW YORK, NEW YORK, UNITED STATES, July 12, 2022 /EINPresswire.com/ -- Marighella is set in 1969 and is based on the life of Afro-Brazilian politician and guerrilla fighter Carlos Marighella. Facing a violent military dictatorship and with little support from a timid opposition, writer-turned-politician Carlos Marighella organizes a resistance movement alongside revolutionaries 30 years younger than him and willing to fight. The revolutionary leader opts for action.

Censored in Brazil for 2 years, Marighella was shown in multiple festivals around the world, had its US Premiere screening at the 2019 African Diaspora International Film Festival and was released in theaters in the USA in 2020 and became a New York Times Critic's Pick.

"With a rousing, kinetic style reminiscent of The Battle of Algiers, and confrontational close-ups of fiery eyes and faces, the film is not merely a historical biopic—it’s a provocation. And a riveting one, too.” — Devika Girish, The New York Times

'“Marighella is an urgent film in its commitment and cinematic intensity, and it could hardly be more timely.” ~ Jonathan Romney, Screen International

“Once you accept its binary us-and-them worldview, Marighella works fine as an exciting and highly assured debut, with a terrific ensemble cast at its heart.” ~ Stephen Dalton, Hollywood Reporter

Marighella is now available in the USA on AMAZON PRIME.

ABOUT ARTMATTAN FILMS
ArtMattan Films celebrates in 2022 thirty years of exposing US audiences to a large variety of films about the human experience of people of color in many parts of the world. Films released by ArtMattan Films include Kirikou and the Sorceress, The Tracker, Gospel Hill, Scheherazade, Tell Me a Story, The Pirogue, Tango Negro: The African Roots of Tango, White Lies, The Man Who Mends Women, The Citizen, Mama Africa: Miriam Makeba, The Last Tree, Made in Bangladesh, Mary Lou Williams, The Lady Who Swings the Band, the Mali Cuba Connection and most recently The Sleeping Negro and A Son (Un Fils). More info at www.AfricanFilm.com