Latest News
Home /Blog/Appropriate for Our Time: A New Single Titled “Give Me Peace on Earth” Released by Midnight Craving. 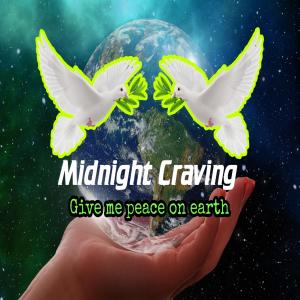 Midnight Craving releases its newest single "Give Me Peace on Earth". The song deals with the Russia-Ukraine war, but it can relate to other parts of the world.

The new single, "Give Me Peace on Earth", was inspired by recent world events, namely the war between Ukraine and Russia, although it can relate to other war zones in the world.

The lyrics try to capture the pain of victims on both sides of this conflict. However, the lyrics also hint at the state of mankind in general at this time. A video for "Give Me Peace on Earth" was also released on YouTube and TikTok", trying to convey the lyrical messages with related visuals (courtesy of the many fine artists on Pixabay and Pexels).

"Give Me Peace on Earth" was created with a 1990s techno / euro-dance feel to it. An instrumental version is also available on "Madness".

Ariel Ramon, the brains behind Midnight Craving commented: "It is my hope that world leaders, and the people of the world, will unite as one and stop all hostile activities everywhere. Give me peace on earth is not just a wish, it is a plea for world peace."

"Give Me Peace on Earth" and "Madness" are available on Spotify, Apple Music, TikTok, and other fine online music outlets.