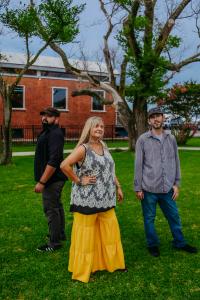 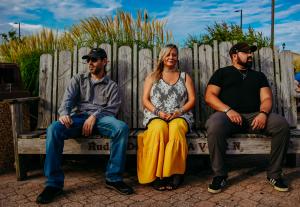 The words of our music reflect those ups and downs and the “glass half full” or “glass half empty” perspective."

Our music is inspired by the naturality for us in our journeys to have ups and downs in life and from day to day, our perspective can change. The words I Know reflect those ups and downs.”
— Tiffany Elaine
JACKSONVILLE, NC, UNITED STATES, July 18, 2022 /EINPresswire.com/ -- Indie Recording Artists Fernando Rivera and Tiffany Elaine known in the Eastern North Carolina area as "Fern and Tiff" are bringing their alternative Christian sound to the stage this fall 2022. Their music brings influence and inspiration to the stage with the powerful lyrics in their latest song, "I Know". Produced by TeraNote Records in Morehead City, North Carolina, Fern and Tiff will bring their family of four children, their pets, and their powerful message to the road.

Tiff stated..."Our music is inspired by the naturality for us in our journeys to have ups and downs in life and from day to day our perspective can change. The words of I Know reflect those ups and downs and the “glass half full” or “glass half empty” perspective." The latest song I Know was born during the pandemic and is an expression comprised of two different prayers, the first of which is very much from a moment of feeling too weak to handle the struggles ahead and trying your hardest to just remember God’s grace and that he is there for you even if you can’t see that so clearly.

With the outstanding professional talents of Fern and Tiff, both accomplished recording artists and members of CMA and BMA songwriters, this fall 2022 tour brings what Fern states.."Music, family, and God are what keeps me going and I'd love to share that with the world".

For additional tour information, please visit the Fern and Tiff website for news, updates, events, and a sneak peek at the new music unveil for 2023.

Meet Fern: Coming out of Beaufort, North Carolina, recording artist Fernando Rivera (Fern) has performed all across NC, from Black Mountain to Wilmington, and from Mum Fest to the Seafood Festival. Fern has written and released two singles titled Waves and I Know in collaboration with Tiffany Elaine (Tiff), both of which were recorded at TeraNote Records in Morehead City, North Carolina. With musical inspirations from Linkin Park, Ed Sheeran, and Thirty Seconds to Mars, Fern aspires to use his unique lyrically driven acoustic alternative pop style to bring a little positivity to the masses with hopeful but relatable words. "At the end of the day, I just want to help people and I believe music is my opportunity to do that," says Fern. "Music, family, and God are what keeps me going and I'd love to share that with the world".

Meet Tiff:
Tiffany Elaine is an accomplished recording artist based in Beaufort, NC. Tiffany has recorded in Nashville as well as at TeraNote Records in eastern NC. Tiffany’s vocal talent is apparent with her Debut single “Couldn’t You See,” produced in Nashville by Stokes Nielson of Billboard acclaimed "The Lost Trailers. Tiffany is a BMI songwriter and CMA member. Tiffany Elaine performs both acoustically and with her band throughout North Carolina as well as Nashville and has played notable venues such as “The Whiskey Bent Saloon” in Nashville Tennessee, Mum Fest, Carolina Lily Fest, and The Brooklyn Arts Center. Tiffany has had several TV and radio appearances.

Beginning as a solo artist, Tiffany joined fellow singer/songwriter Fernando Rivera in 2018 and formed the band Now or Never. With the addition of bassist Casper Luna in 2019, the band expanded and became known as Fern and Tiff.

Meet Casper:
Casper Luna is a musician, songwriter, composer, and author, living in Eastern North Carolina. A 20-year veteran in the world of music, Casper Luna has written and worked on musical projects across various genres, including Rock, Metal, Industrial, Electronica, and Alternative. Never ceasing, the driving force behind Casper Luna’s musical ambitions is the need to create art, for the sake of art itself, in any and all of its mediums and forms.