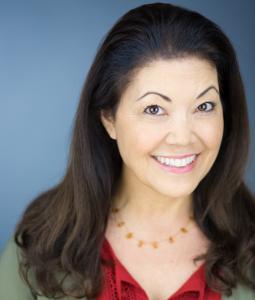 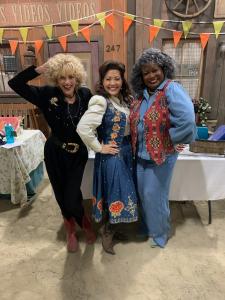 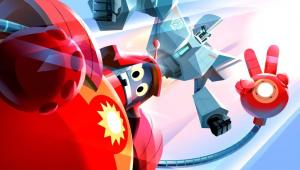 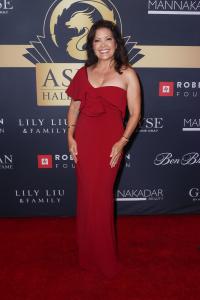 The season of the popular show began with a new theme and title, BUNK’d: Learning the Ropes. The story follows some of the counselors to the soon-to-be Kikiwaka Ranch in Dusty Tush, Wyoming, who now have their hands full with newly arrived campers. In the new episode “Where The Buffalo Betties Roam,” Lou, Bill and Destiny must get the jade compass back from a group of haughty socialites, including Mavis (Hanami).

SUPER GIANT ROBOT BROTHERS follows two giant robots who discover they are brothers, as they help defend Earth from the forces of intergalactic evil. Hanami portrays Dr. Magita Rose and a few other characters in this series directed by Oscar-winner and Pixar veteran Mark Andrews (Brave) and created by Victor Maldonado and Alfredo Torres (Love, Death, and Robots, Trollhunters).

On July 30th, Hanami will be officially announced as Ambassador of the new Asian Hall of Fame Brain Injury Program as part of the inaugural Celebrate Asia Festival. Inducted into the Hall of Fame in 2021, Hanami will be singing “Akatombo” during a special dinner event, and is proud to support the new program, which will establish an endowment, support medical expenses and advance brain injury research.

Audiences will recognize Hanami for her many television roles. Most recently, she emerged as Director Lee on season two of the wildly popular Star Trek Picard. Her many credits also include the controversial Netflix series 13 Reasons Why, Netflix’s horror-comedy Santa Clarita Diet, Showtime’s Shameless, CBS’s Man With A Plan and S.W.A.T., HBO’s Here And Now and Netflix’s GLOW. Comedy fans will remember her recurring roles as Ernie Hudson’s wife on TBS’s Angie Tribeca, and as Lynn in the critically acclaimed HBO series Silicon Valley.

In addition to acting, Hanami has authored the cultural adventure children’s book, NINJA MOM and Tengonis in the Tiki, which released on Amazon.com, StuartNgBooks.com and at the Japanese American National Museum (JANM). The story is the first in a series that are inspired by the folklore and mythology from her own Japanese and Hawai’ian heritage. The book is only part of the Ninja Mom world Hanami has created, which also includes the film festival favorite, KIMI HANNA: Fashionista Ninja, a girl-power comedy short showcasing a modern adolescent ninja training in the ancient lessons with her grandma in order to save the world from Asian monsters.

Hanami also gained attention as the writer/director/actor of the award-winning dramatic short film, Like Last Night. The heartfelt film follows two high school best friends, with very different points of view on life, who are forced to confront what to do after one of them is sexually assaulted at a party. Hanami is also developing the feature film, Native Land, Rising Sun, about a Japanese American girl and Native American girl who meet in the Poston Arizona Internment Camp during World War II.

A Huntington Beach, CA native, Hanami was predominantly influenced by her Hawaiian/Japanese Mother. Proud of her heritage, she currently sits as the National Chairman of the SAG-AFTRA Asian Pacific American Media Committee, which offers moral support and a forum where diverse voices can be heard.