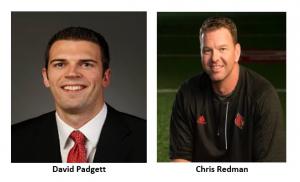 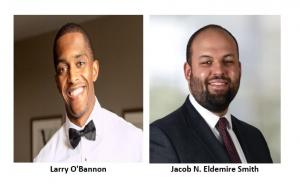 LOUISVILLE, KENTUCKY, UNITED STATES, July 27, 2022 /EINPresswire.com/ -- The organization is ramping up its board with four native sports heavy hitters.

Before its official launch next month, 502Circle is thrilled to announce four University of Louisville alumni and athletes as initial members of its Athlete Advisory Board. These four members will work directly with 502Circle’s senior management to support the new organization, education, events, and fundraising. The following were chosen because of their alignment with 502Circle’s core beliefs of placing the student-athlete first and their community involvement:

David Padgett: A native of Reno, Nevada, David was a McDonald’s All-American out of Reno High School and attended the University of Kansas during his first year. David then transferred to the University of Louisville, where he became a three-time team captain and a unanimous first-team All-Big East selection his senior year when he led the Cardinals to the Elite Eight of the NCAA Tournament. After graduating with a B.A. in Political Science, he spent two seasons playing professionally with the Miami Heat before playing for two different teams in the Canary Islands of Spain. David is a Financial Advisor at Morgan Stanley and works as a college basketball analyst for ESPN and their respective networks. David resides in Louisville with his wife, Megan, and sons, Nolan and Gavin. He is an avid sports fan, enjoys playing golf, boating, and other sports with his boys, and spending time with family and friends.

Padgett said, “I am extremely excited to be a part of the 502 Circle Advisory Board and help the University of Louisville Athletics continue their upward trajectory. U of L has produced countless successful athletes that have gone on to achieve great heights during and after their tenure, and I am excited to work with other former Cardinals to help guide U of L into the NIL landscape. Go Cards!”

Chris Redman: Louisville's all-time passing leader with 12,541 yards, Chris Redman (1996-99), is one of only three FBS quarterbacks to throw for at least 12,000 yards in a career. He finished his four-year career as a Cardinal completing 1,031 of 1,679 passes with 84 touchdowns. After playing at Louisville, Redman went on to a 12-year professional career in football, including 11 years in the National Football League. Redman resides in Louisville and is a spokesperson for Game On Mouthguards.

“I’ve always been a lifelong Louisville fan, so being part of a group that’s going to help athletes who put on the Red and Black jersey, was an easy decision. This is truly an opportunity that all supporters, individuals, and businesses should get behind,” stated Redman.

Larry O’Bannon: O’Bannon is a Louisville native and graduate of Male High School. A 2005 Final Four team member under Coach Rick Pitino, O’Bannon graduated from the University of Louisville with a degree in accounting. He went on to play professionally in Europe and South America during his decade-long career. Married with two sons, O’Bannon now works as an accountant.

“I am excited to be a part of 502circle. I believe in the vision and goals of this group to help the University of Louisville, and anything I can do to help with progressing it forward; I’m happy to be a part of.”

Jacob N. Eldemire Smith: Associate at Wyatt, Tarrant & Combs, one of the South-Central U.S. region’s largest law firms. As he is known, Jake is a transactional lawyer on the firm’s Real Estate Development, Financing, and Transactions Service, Team. Smith also represents businesses, advertisers, individuals, and college and professional athletes in right of publicity transactions – particularly considering the changing landscape related to Name, Image, and Likeness (NIL) in college athletics. During his decorated playing career as a four-year starter at offensive guard and center, Smith was voted team captain, honored as a freshman All-American, multi-year all-conference selection, and Sugar Bowl champion. When Smith graduated, he held the school record for most starts by a position player. Smith went on to sign with the Cincinnati Bengals before returning to Louisville to attend law school.

“Today, it is impossible for a Power 5 university to compete in the (rightfully) commercialized landscape of college sports without collaboration and meaningful partnerships between athletes and the local business community. 502Circle presents an opportunity for athletes, fans, and businesses in the city to give a competitive edge to the University of Louisville – where I played football and graduated twice – and to help athletes profit from the immense value they create,” commented Smith.

Please note that additional members will be added to the Athlete Advisory Board.

Founded by a dedicated group of University of Louisville alumni and fans, 502Circle is a NIL Collective, a digital platform for UofL student-athletes to engage with brands and the Louisville metro community and enable them to monetize their names, images, and likenesses. Businesses wishing to partner with 502Circle should visit partner@502circle.com, while UofL fans and alumni who want to support the Collective and UofL student-athletes financially should see give@502circle.com.