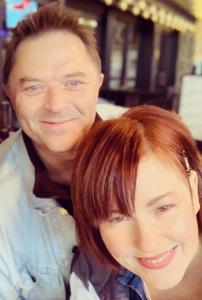 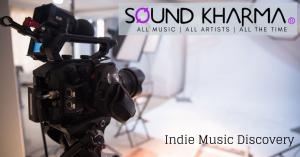 LOS ANGELES, CA, UNITED STATES, June 29, 2022 /EINPresswire.com/ -- The new figures were released via the BPI All About The Music 2022 yearbook on April 13. Figures reveal that the collective share of music consumption from independent labels including Dirty Hit, Partisan, and PIAS was now at 26.9 percent, up from 25.9 percent in 2020 and 22.1 percent in 2017.

Indie label shares of artist album sales also grew in two years across every format, from 30.4 percent in 2019 to 34.2 percent in 2021. The music released on independent labels on vinyl now accounts for four in 10 (39.5 percent) of record purchases. The figures also revealed that 60 independent albums charted in 2021, compared to 52 the previous year. These included Number One albums from artists including Wolf Alice, Mogwai, KSI, and Noel Gallagher’s High Flying Birds.

Zak and Susan Becker, Founders of acclaimed indie music platform SOUND KHARMA®, believe this trend is happening due to numerous music listening experiences. "Mainstream music tends to become stale and homogenized for many fans, forcing them to actively seek out other options," states the Beckers. "With the evolution of online avenues such as social media and YouTube fans no longer have to wait for new music to find them (on the radio). They can actively seek out new talent such as independent artists. It is no wonder independent music sales have steadily increased. Consumers have too many options to find new music and they are taking advantage of it. Indie artists and fans are a special community that supports and helps promote each other."

"As a whole, the way fans consume music is in a rebirth stage," continues the Beckers. "The rediscovery of vinyl seems to coincide with the urge to discover new music. Generally speaking, vinyl is not for the casual music fan. Those who are passionate about music are more likely to desire the vinyl experience - the sound, the smell, the 'feel' of vinyl. They are rediscovering the nostalgia of buying a record and playing it for the first time from start to finish. Vinyl provides a musical "experience."

Geoff Taylor, Chief Executive BPI, BRIT Awards & Mercury Prize, said in a statement: “The UK has an enviable independent music scene, and enhances choice and variety to new and existing British talent. “This continued growth demonstrates that indie labels and artists are thriving in the age of music streaming, and are particularly succeeding in the vinyl revival. We’re delighted to see the indie sector going from strength to strength, contributing to the growth of the UK music industry as a whole.”

"Fans and artists are finding it is much more of an inclusive tribe. Our goal at SOUND KHARMA® (https://soundkharma.com/) is to showcase indie artists. We encourage participation from everyone from artists to promoters to fans. Submissions of new music to feature are always welcome (https://soundkharma.com/new-indie-music-discovery-submissions/). Everyone can participate because "ALL music should be heard"," concludes the Beckers.