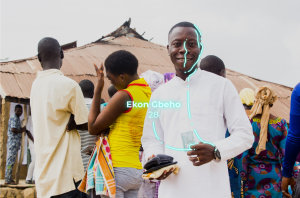 Biometric voter registry is a perfect tool to prevent ID fraud during elections.

For over a decade, Innovatrics has been providing citizens of various African countries with services from election registries to providing state aid.

In a decade of successful African projects, we have seen the transformative power of biometric technology in enhancing trust and preventing ID fraud in everyday life, from banking to elections.”
— Matus Kapusta, Director of ABIS business unit in Innovatrics
BRATISLAVA, SLOVAKIA, June 13, 2022 /EINPresswire.com/ -- For over a decade, Innovatrics has been providing citizens of various African countries with access to services that have the potential to improve their lives, from election registries to issuing passports, opening a bank account, or providing state aid.

Innovatrics has once again proved the quality of its fingerprint matching algorithm just before taking part in the ID4Africa annual conference. NIST has now published the results for its MINEX III extractor and PFT III tests, reaffirming Innovatrics’ top ranking among the biometric industry’s elite. Prior to this, the company was ranked first for its MINEX III-compliant fingerprint matcher.

“In over a decade of successful African projects,we have seen the transformative power of biometric technology in enhancing trust and preventing ID fraud in various walks of everyday life, from banking to elections,” says Matus Kapusta, Director of ABIS business unit in Innovatrics.

A decade of successes

The continuous successes of the Innovatrics R&D team have provided the benefits of top-notch biometrics to clients in Africa for over a decade. The company launched its first projects on the continent in 2011. These were mostly elections related, as biometric election registries have been both supported by the UN and the World Bank with the potential to extend voting rights to people who have been hitherto marginalized. Biometrics even allows people without an ID to have a say in the electoral process. Moreover, the highly accurate, AI-driven biometrics is not only able to successfully identify each person, but it’s also able to weed out duplicates and even children from the registry, avoiding electoral misuse or fraud.

Since then, Innovatrics has expanded the use of biometrics to other fields as well, from issuing driving licenses in Gabon or Malawi to banking services in Nigeria to its most recent use - Criminal ABIS in Guinea. “The automatization brought by ABIS will shorten the time needed for suspect identification from hours to seconds, and it will be made available to all police stations in the country,” Juraj Stubner, responsible for the delivery of the system, explains.

One system for different purposes

In most countries, the main challenge is to properly identify people for various purposes - a task in which modern biometrics aided by advanced algorithms excels. Innovatrics is one of the few companies that has NIST-benchmarked algorithms for three different modalities: fingerprints, faces and irises. All or a combination of these make sure that identification under any circumstances is accurate. Moreover, its fingerprint algorithms are among the most accurate in the world and also excel in interoperability measures, meaning that the institution does not need to rely on a single biometric provider.

Innovatrics is Slovak-based provider of multi-modal biometric solutions and its algorithms rank consistently among the fastest and most accurate in fingerprint and face recognition. Its solutions are used in more than 70 countries all over the world.