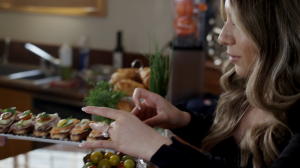 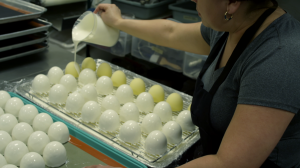 The latest episode of the Jet 1 Cup miniseries will escort you behind closed doors of the league's culinary experience.

DALLAS, TEXAS, UNITED STATES, June 13, 2022 /EINPresswire.com/ -- Episode one of the miniseries focused on the risks, rewards, and responsibilities of the pilots and introduced the expectations for the first fighter jet air-to-air combat world championship while alluding to a distinctive member of the Jet 1 Cup team.

In episode two, viewers become familiarized with the Jet 1 Cup gamers, who are paramount to the team, fixed at the helm of firing simulated machine guns, missiles, and flares toward rival planes.

In the latest episode of the miniseries, episode three offers a sampling of what the Jet 1 Cup has to offer, particularly its mouthwatering food and trendy hospitality. To ensure each dish's ingredient is exemplary, the Jet 1 Cup appointed Darius Kinsky as the league's Director of Hospitality, who has served in the food and hospitality industry for over 30 years.

"My promise is to deliver the best quality product on a consistent basis and always push myself higher every time and at every event created with the Jet 1 Cup." - Darius Kinsky

Founded in 2016, the Jet1Cup is a modern aerial combat sport where players perform aerial battles in the first fighter jet air-to-air combat competition on real fighter jets. The Jet1Cup sport merges the audiences of Formula 1 and eSports for an adrenaline-fueled form of entertainment while opening an entirely new universe to create a new generation of fans for years to come. To learn more about the Jet1Cup, visit www.jet1cup.com, and connect via Facebook, LinkedIn, and Instagram.