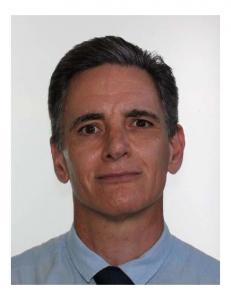 Netflix often releases a whole series of episodes at once instead of following the tradition of releasing one episode each week. Viewers are more inclined to binge-watch series and sometimes prioritize it above other valuable activities such as exercising, sleeping, and socializing.

Clearly, binge-watching is an addictive behavior that people must stop. Instant gratification from becoming engrossed in the show’s drama and watching until the series’ end means that all caution is thrown to the wind. A viewer could easily spend all weekend on the sofa watching their favorite show, usually eating junk food or only performing the bare minimum of tasks.

It is difficult to comprehend the detrimental health effects of binge-watching a favorite T.V. show. Experts have indicated that it can affect a viewer’s cardiovascular system, sleep patterns, and vision.

Also, sitting for long periods and minimal physical activity can increase the risk of developing deep-vein thrombosis (blood clots) in the legs. On the possible occasion that the blood clot breaks and travels to the lungs or the heart, it will be fatal.

Instead of binge-watching, by watching a T.V show over time and with designated breaks, the viewer will engage in physical activities. This will ensure proper blood flow and thus decrease the risk of harming the viewer’s health.

A viewer’s sleeping patterns can also be disrupted by binge-watching. People who binge-watch shows have experienced insomnia, poorer sleep, and high fatigue.

When binge-watching, it is unlikely that a viewer would go to sleep at their regular bedtime and are more likely to sleep for fewer hours. Sleep deprivation physically and mentally affects an individual’s health, including memory deficits, depression, lack of coordination, and heart problems.

Binge-watching can also negatively affect socialization, as viewers could prioritize binge-watching a T.V. show instead of forming or nurturing social relationships. Some will turn down invites to attend a social function or spend time with friends because they want to binge-watch a T.V. show.

A lack of socialization can adversely affect physical and mental health. There are increased risks of suffering from a stroke and or developing heart disease. In addition, failure to socialize leads to fewer social relationships, which can significantly contribute to mood disorders such as depression.

Also, binge-watching can lead to feelings of guilt and shame, as viewers may choose to binge-watch their T.V. show instead of completing important tasks or responsibilities and then inevitably suffer the consequences.