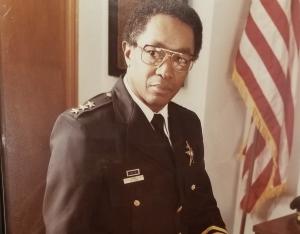 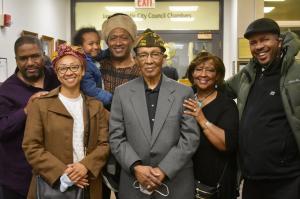 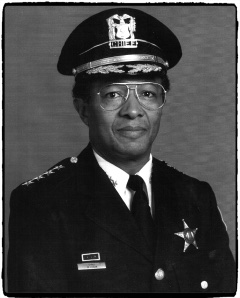 Logan joined the Evanston Police Department in 1957 and served for over 30 years becoming its first Black Lieutenant, Captain, Deputy-Chief, and eventually Chief of Police.

EVANSTON, IL, UNITED STATES, June 17, 2022 /EINPresswire.com/ -- Chief Logan is a longtime resident of Evanston whose civic and community work span a lifetime. His primary goal was to make Evanston a safe and equitable place for all. Bill began his service at ETHS, where he was the first Black homeroom president, first Black senior class vice president, first Black football captain, and the first Black football player to win the Myerson Award for Excellence. This was only the beginning for this servant leader. Logan joined the Evanston Police Department in 1957 and served for over 30 years becoming its first Black Lieutenant, Captain, Deputy-Chief, and eventually Chief of Police. He also served as the bodyguard of Dr. Martin Luther King Jr. during his visit to Evanston.

The Official Block Party, Presented by The City’s Health and Human Services Department, Parks and Recreation Department, and local youth-serving organizations known as The Collective, My City, Your City, Our City (MCYCOC), will take place on Saturday, June 25, 2022, from 1 p.m. to 10 p.m., Harbert-Payne Park, located at Main Street and McDaniel Avenue. A drum circle is at 1 pm, the Honorary Street Naming Ceremony is at 2 pm, and the picnic is at 3 pm. This event is open to the public. Free food and activities will be provided.