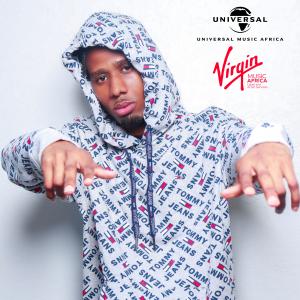 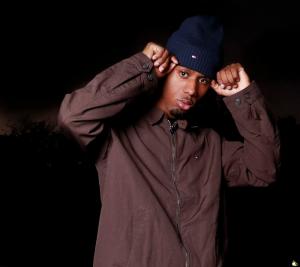 The singer-songwriter has been through his own trials and tribulations to get where he is today.”
— Boni Faas
UNITED STATES, June 16, 2022 /EINPresswire.com/ -- It’s time for the Caribbean to recognized this talented icon he goes by the name Boni Faas' whose real name is Patrick Boniface. Sint Maarten singer was very busy developing his career by networking with many different artist and producers, brands and label so he could skyrocket his music in the right way, and listening to different beats composed by his producer Illumi9beats for a new track title "Cocoa Butter" in the region where he lives.

Today, Boni Faas is back with good news
he has just signed with Universal Music Africa (UMA) for the digital Exclusive distribution deal with Virgin Music Africa by North America Major Label Universal Music Group (UMG) the artist will be announcing another hit single title "Tiktok Pont It " for this summer July 1st with the label. and he offers his fans a new catchy track entitled “Bestie” composed by United Kingdom Producer "Brian Richardson & Philip Richardson. Later on Bestie became the top 200 single and 40% most Shazam song in Sint Maarten. While quickly generating a buzz within his community, the Caribbean rooted singer, was only the beginning to make his impact as the best independent, self-managed, super star of the Caribbean Sint Maarten Bestie skyrocketing radio spins and discovery on Hit Music Only Energy, Hot97, BMS Chicago #10 on the charts, Amazing Radio, (Charts) Laser 101, and Trace Africa, Hometown Heroes Nigeria Audiomack Playlist also recognized Boni Faas as one of the most influential.

artists of his era, and the only way to go was up, which also included his rising 200K streams on YouTube for Bestie (Official Music Video) according to Data the Singer has reach about 200k + tatal streams. Boni Faas focus is to became one of best fastest growing, Afrobeat top musical artists in Sint Maarten and abroad.

His endless ambition was rewarded with a (2021) Sony Music Publishing deal, originating in New York City. The city could not get enough of the rising super star, as he graced the (2021) Elite Magazine, alongside reggae singer, Koffee. Boni Faas, given the name Boniface Patrick, has emerged from his somewhat difficult childhood, and displayed continuous ambition to turn his dreams into a reality. Plans to heat up (2022), Summer with a new single “Tik Tok Pon It” is in the works, along with tours, and goals for “Bestie” to reach more international charts such as Billboard Radio Charts, and more urban music charts, working to be the best male nominated award artist in the region. аlwауѕ wanted tо carve а niche fоr himself іn life, wаѕ thе spark thаt ignited him to pursue his dreams and passion.

Thank you to Franck Kacou, Managing Director, Universal Music Africa, and A&R Kasharel for giving me the opportunity in signing a Distribution deal at UMA this was always my dream signing to a Major Label in pursue my music career to the next level, and I can't wait for the world to listen and hear my work. "God bless Africa"

Marla Baker
Before And After Entertainment
email us here
Visit us on social media:
Facebook
Twitter
LinkedIn
Other