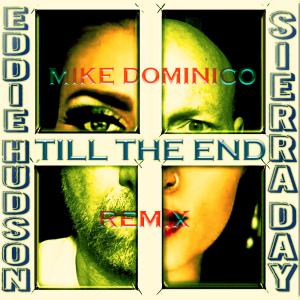 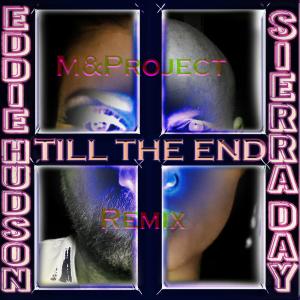 Simplicity 26 Records is pleased to announce the release of its first NFT collection on OpenSea.

Our fans are a vital part of our success and we want to include them in our projects”
— CEO/ Executive Producer - Matthew Clark
DETROIT LAKES, MINNESOTA, USA, June 17, 2022 /EINPresswire.com/ -- The "OHM Collection" will include Simplicity 26's first NFT's, which are the unreleased remixes of Eddie Hudson's "Till the End" featuring Sierra Day by New York City native Mike Dominico of Muted Trax & the Italian duo M&Project.

"Till the End" was produced and recorded by Eddie Hudson and Matthew Clark at the Simplicity 26 Records studio in Detroit Lakes, Minnesota in the Spring of 2021. It was released on July 4th, 2021. Eddie Hudson, a native New Yorker, started working on "Till the End" many years ago. Like many tracks that producers have that go unfinished, "Till the End" was found in a folder buried deep in a hard drive of forgotten dreams. One day, Eddie Hudson and Matthew Clark were going through old files when they came across the track and decided to try and revive it. With that, they took to Facebook and put out an ad seeking potential vocalists. It didn't take long before Rock vocalist Sierra Day of Nevis, Minnesota found the ad and submitted her audition video. Shortly after, Matthew was contacted by partners Eddie Hudson and Fitzreynold Cadet. They had voted. With that, Eddie Hudson boarded a plane and set off to finally finish a long lost project refusing to be silenced by the lifestyle.

Eddie Hudson has been a DJ since the late 1980s, spinning at various clubs all over New York City and Long Island. In 1989, he joined Eddie Rivera's record pool and then started interning at Quad Recording in Manhattan. There, he worked on sessions with David Morales, Frankie Knuckles, Biggie Smalls, Tupac Shakur, and other various artists. He progressed in the music industry, winning a multi-Platinum award for mixing the Fugees (The Score). Afterwards, he went on to work with Isaac Hayes, did 2 albums for Missy Elliot, Alicia Keys' first album, and worked on John Lennon’s Lost Lennon Project with Yoko Ono.

Due to the context of the lyrics of "Till the End" and Sierra Day's unique vocal style; house DJ/Producer Mike Dominico and Electro House DJ/Producers M&Project jumped on board the project by creating their own versions of "Till the End". Once the Official version was released, the Simplicity 26 Records team began to look for a creative new way to release the remixes. This is how The OHM Collection NFT's were conceived. The goal is to use the originality of the NFT's to help artist in their career growth. Matthew, Eddie and Fitzreynold hope this new way can help independent artists move into the future of their culture. Simplicity 26 Records is not the typical label many in the world have come to know record labels to be. They are Artists too, and they care about culture and the responsibilities that come with it, and the impact what they do have on the various communities in which they find themselves working with.

Mike Dominico is among New York City's DJ elite playing the city's biggest and most alluring event spaces and nightclubs. Mike’s early club resume began with some of NYC's now legendary venues as The Palladium, Heartbreak and China Club. His career then expanded to include long-term residencies in such big rooms as Roxy and Webster Hall, to the more intimate gathering spaces hidden throughout the city, as Pink Elephant and Lot 61. On the event side of things, Mike has found himself playing for such entertainment leaders as VH1, Mirmax, and CBS Records, corporate giants including Microsoft, Unisys and Bloomberg, as well as celebrity hosted events by Madonna, MTV and Saturday Night Live. His travels have led him to DJ at the White House Correspondents Dinner, The Georgia Dome in Atlanta, and to open for the Black Eyed Peas in Las Vegas.

"Our fans are a vital part of our success and we want to include them in our projects," says Matthew Clark, CEO/Executive Producer of Simplicity 26 Records. With that in mind, the team decided that, upon the purchase of one of these NFT's, the holder would receive 2 percent of royalties; in addition to a copy of the Official release and an exclusive copy of the unreleased remixes by Unspoken Notion and Trance DJ/Producer David Wiegand. Some restrictions will apply. 5 NFTs for each remix will be up for grabs. Once all 5 NFTs for each remix have been claimed, Simplicity 26 Records will release all unreleased remixes (excluding the Unspoken Notion remix) digitally through their network of 500 digital retailers and streaming sites globally. Both the Mike Dominico Remix and the M&Project remix NFT's of The OHM Collection can be viewed on OpenSea and available on the First Anniversary of the "Original" release, July 4th, 2022.