Latest News
Home /Blog/Rising to the music scene: Black Sweater is ready to make their mark with the new single, “Moves Like You.” 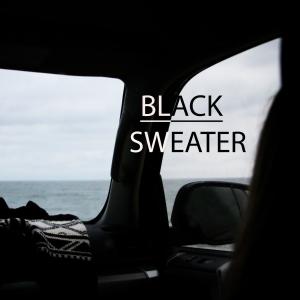 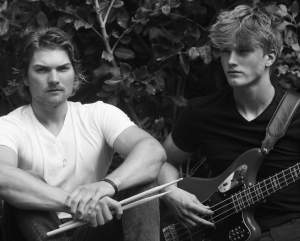 LOS ANGELES, CALIFORNIA, UNITED STATES, June 29, 2022 /EINPresswire.com/ -- In an industry that is vastly saturated with a plethora of emerging bands, Black Sweater stands out as being the freshest of them all. Driven by an infectious charm to captivate listeners, Black Sweater steps out with a new single, “Moves Like You.” Running 3-minutes in length, it is an outstanding new addition to their catalog, which was independently written, composed, and recorded by Black Sweater.

A chill and laid-back track with production that draws your mind deep to it, “Moves Like You” is a song of reminiscence - looking back and appreciating good times even though there are down times in-between. Expressive vocal performance exudes catchy pop feel while cutting-edge drum beats emanate a rock soundscape, resulting in an incredible listening experience that is a testament to the band’s musicianship. When asked about the creative process, Sam shared the back story - “I wrote Moves Like You when I was dealing with a breakup. It started out as an idea I wrote on the piano - just some chords and a few lines of lyrics. I started layering in instruments, and the song came together. Then it all flowed out: sad verses, happy choruses - Either way, it moves...”

Designed to make you groove along to the band as they put their mastery on display, “Moves Like You” is followed by another 2022 track, “Stream of Consciousness.” Both tracks will be part of the upcoming 14-track album, “That Girl I Knew,” which is set to be released around the first week of August. Six other tracks from their 2021 discography, including their debut track “You’re Too Late,” will also be featured in the much-anticipated project.

“Moves Like You” is now available worldwide via major music platforms, including Spotify. The music video will be out soon, so make sure to visit Black Sweater’s website and Instagram handle to know more about their upcoming endeavors.

About Black Sweater
Black Sweater is a two-piece band based out of San Diego - brothers Sam Sheffield (songwriter, multi-instrumentalist) and Caleb Sheffield (drummer, composer). Their humble beginnings date back to when diverse music such as jazz, rock, and classic rock was always being played at home when they were kids. Both Sam and Caleb started joining rock bands and exploring jazz at around 11, which continued throughout high school. After a few years, they began writing songs and composing music, which eventually developed Sam’s passion for songwriting.

Drawing influences from well-known bands like The Strokes, Cigarettes After Sex, and The Marías, to name a few, they formed the band and made their first splash in the streaming scene in August 2021 with their debut track and music video, “You’re Too Late.” Since then, they were seen putting out seven more singles which will all be part of the debut full-length album, “That Girl I Knew.” Indeed, Black Sweater is gearing up to take your music senses on a thrilling journey you won’t forget.