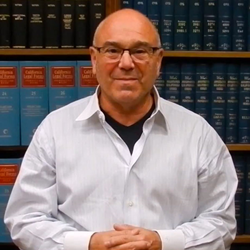 This balancing is critical to becoming a decision-maker and leader. It is much more than they teach in law school. There is much more to think about.”
— Rick Citron

LOS ANGELES, CA, UNITED STATES, June 14, 2022 /EINPresswire.com/ -- There's a revolution going on right now in top law schools across the country. They're starting to teach leadership -- and it's not an easy task. Some, however, are succeeding beyond their wildest dreams. Law students aren't used to learning about how to develop leadership skills, and professors certainly aren't used to teaching it. Getting left-brained, analytic, hyper-competitive law students to genuinely embrace soft and squishy concepts like empathy and teamwork requires a different mindset. In fact, it requires a new way of educating altogether.

Rick Citron, acclaimed business attorney of Citron & Deutsch believes critical thinking such as this is just as if not more important than learning the legalities. Citron states, "The Academics of it all. The law school experience is meant to reprogram your thought process. Another way to think about it is brainwashing. To be a good attorney, so the story goes, you have to be analytical, and objective and learn how to keep your emotions at bay during the legal thought process. It was a very difficult transition."

Citron continues, "That thought process has continued throughout 50 years of practicing law. However, the education, that did not come from law school, was how do you mix in the emotional complexities of decision-making. It is not just a legal process, but rather a balancing of the facts of a given situation and considering not just the legal outcome, but the emotional process."

But it isn't easy to teach old dogs new tricks. That's why most come up short or avoid the challenge altogether. As the Stanford Law School website notes, "It is ironic that the occupation most responsible for producing America's leaders has focused so little attention on that role. The legal profession attracts a large number of individuals with the ambition and analytic capabilities to be leaders, but frequently fails to develop other qualities that are essential to effectiveness."

"This balancing is critical to becoming a decision-maker and leader. It is much more than they teach in law school. There is much more to think about," states Citron.