Latest News
Home /Blog/Remembering a Fun, Sexy Vacation in “Europe on a G-String” 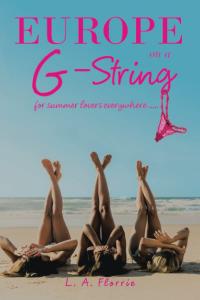 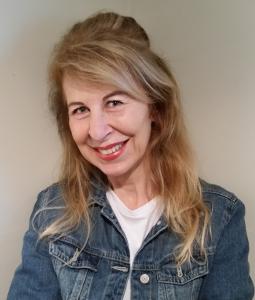 ENGLAND, June 13, 2022 /EINPresswire.com/ -- An adventure of a lifetime! That is how author Lucy Angela Florrie and her friends describe their six month trip across Europe. More than three decades later, they still talk about the ridiculous situations they found themselves in. With her travel book and memoir, Florrie shows readers what it was like to explore "Europe on a G-String."

The narrative follows three friends who go on a devil-may-care romp across Europe after impulsively quitting their full time jobs. On their six month sojourn through the continent, they experience adventures they would never forget. From Brisbane to London, via the Greek Islands and other intoxicating European destinations, Florrie writes about their exploits and encounters. From Greek gods to Italian models. From a sex crazed Yugoslavian taxi driver, to a charming Serbian ex-con. From brushes with Venetian police, as well as French thieves and more, this is a travel book that will captivate you.

"I believe Europe on a G-String can take readers to places some have never been to before to indulge in escapism, especially those readers who may, for whatever reason, be unable to travel right now." Florrie says. "So if you’re looking for fun under the European sun, not to mention some unabashed sex and romance to spice up your every day life, grab your passport, book a ticket and join us on our trip of a lifetime."

"Europe on a G-String" has been exhibited in the London Book Fair 2022, and has placements in the upcoming 2022 US, Beijing, Frankfurt and Guadalajara Books Fairs. It has been advertised in Reader’s Digest and SLIM magazine in Australia and is on the shelf at Book Face and libraries around the Gold Coast. Additionally, Florrie was interviewed for America Tonight by Kate Delaney.

About the Author
Lucy Angela Florrie was born in Liverpool, England. Her acting career started when she was five and years later she formed a band, touring the clubs in Liverpool. She and her sisters migrated to Australia in the early eighties. There she continued acting, landing lead roles in amateur plays and musicals as well as parts in film and TV. Her love for writing also extends to poems and limericks.